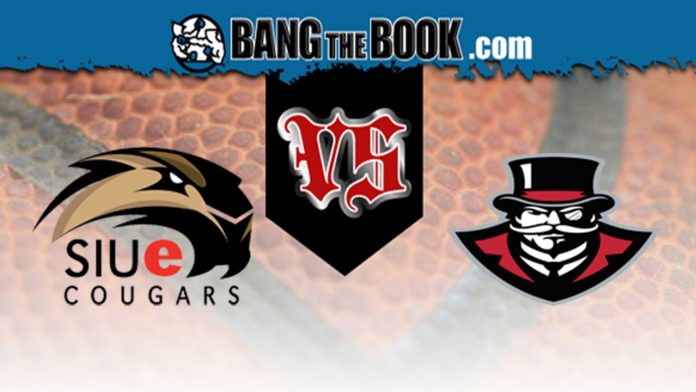 In the Cougars’ last matchup, they lost a tough one against the UT Martin Skyhawks, 79-76. With 18 points on 6-for-10 shooting, Shamar Wright was the game’s leading scorer. UT Martin had a free throw rate of 0.291 (above their season average of 0.238). SIUE, meanwhile, had an effective field goal percentage of 0.620 (above their season average of 0.484).

The Governors come in on a high note after defeating the Belmont Bruins in their last matchup, 86-78. Austin Peay received a boost from Terry Taylor, who had 13 points and 17 rebounds. Austin Peay dominated nearly every stat category in the game. They had a superb free throw rate of 0.286 (above their season average of 0.269) and an offensive rebounding percentage of 32.4 (below their season average of 34.0). Belmont was 0.094 and 16.7, respectively, for those same stats.

This will be the first matchup of the year between these two teams. The Governors won both games played against each other last season. In the most recent game, Austin Peay won 80-45. The Governors played a nearly flawless game. They had a ridiculously low turnover percentage of 7.7 and an effective field goal percentage of 0.543. For those same stats, the Cougars were 23.6 and 0.340, respectively.

Austin Peay could dominate on the offensive side of the ball as their prolific offense faces off against one of the NCAA’s worst defenses. The Governors currently rank 10th in offensive efficiency, while SIUE ranks 310th in defensive efficiency.

The Governors’ average margin of victory in their last five games has been 14.6, up from 5.8 for the season.