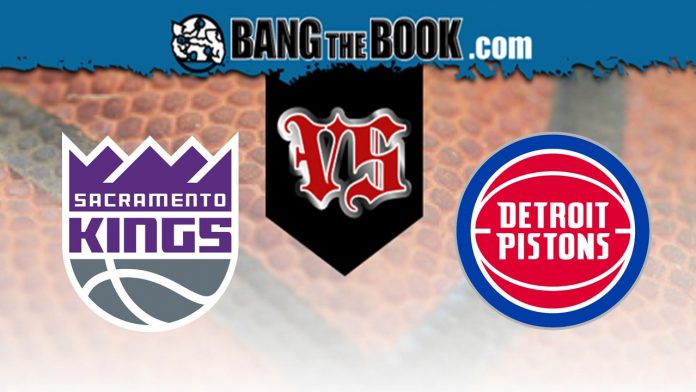 The Sacramento Kings (15-28), who are currently riding a five-game losing streak, look to get back in the win column when they travel to Little Caesars Arena to take on the Detroit Pistons (16-28). The game’s Over/Under (O/U) opened at 222 points with Detroit set as a 1.5-point favorite. Tip-off is set for 7 p.m. ET on Wednesday, January 22, 2020, and it can be seen on Fox Sports – Detroit.

The Kings fell to the Miami Heat in their last game, 118-113. They failed to cover as 3-point underdogs. Sacramento’s Buddy Hield contributed 20 points, seven rebounds and seven assists in the game. Miami did a great job of converting from the charity stripe (18-22; 81.8 percent). Sacramento, meanwhile, had an offensive rebounding percentage of 30.2 (above their season average of 22.2). The two teams combined to score 231 points, which finished over the projected point total of 221.

The last time the Pistons took the floor, they were 1-point favorites and were defeated by the Washington Wizards, 106-100. With 18 points and 16 rebounds, Andre Drummond played well for Detroit. Washington held the Pistons to an effective field goal percentage of 0.483 (below their season average of 0.538). Detroit, on the other hand, held the Wizards to an offensive rebounding percentage of 16.7 (below their season average of 22.8). The two teams combined to account for 206 points, which finished well under the projected point total of 232.5.

This is the first time these teams will meet this year, after the Kings won both games last season. In the last contest, Sacramento won 103-101. Sacramento had a better turnover percentage (10.2 vs. 13.1). Detroit, meanwhile, did a great job of making free throws (19-25; 76.0 percent).

Both teams have had a player trending in the right direction over their last five games. For the Kings, it’s been De’Aaron Fox, who has averaged 25 points,9.2 assists,6.4 rebounds,1.6 steals, while the Pistons have received great contributions from Derrick Rose (24 points,7.0 assists).

Half-court execution will be at a premium when a pair of the NBA’s slowest-paced teams battle. Detroit currently ranks 21st in possessions per game (101.2) and Sacramento is 24th (100.7).

Sacramento averages 7.5 steals per game, which ranks 19th in the league. Detroit ranks 24th in steals allowed per game (8.3).

Detroit is 2-3 ATS with 3 overs and 2 unders in its last five games.

Across its last five outings, Sacramento is 0-5 ATS with 5 overs.

Barcelona vs. Atletico Madrid – Match of the Day (Round 27)