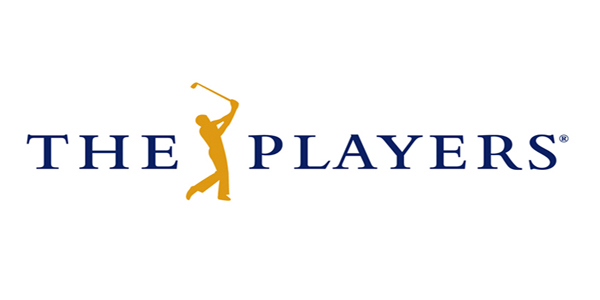 The unofficial fifth major of the golf season is the PLAYERS Championship. The signature event for the players on the PGA Tour takes place annually at TPC Sawgrass. Last year’s tournament was abruptly stopped because of the COVID-19 pandemic. We’ve got a huge prize pool for this tournament and this is one of the events that usually brings out all of the best.

The prize purse is up to $15 million for this event now with $2.7 million for the winner. So, yeah, a lot of guys want that cheddar and they’ll do anything that they can to make the cut and get a paycheck out of this event.

We’ll put together a preview and some picks for this one with odds from BetAnySports, as we’ll try a new book here to see if we can find some good numbers in this field.

Speaking of the field, there are some important benchmarks that need to be reached in order to be part of the field for the PLAYERS Championship. A field of 144 is on hand, so this one is a little bit smaller than a traditional tournament. Winners, top guys in the points standings, major champions, and the best of the Korn Ferry Tour are among those that will look to conquer the Stadium Course in Ponte Vedra Beach.

Brooks Koepka is one name noticeably absent after withdrawing from the field. Anirban Lahiri took his place. Certainly we’ll be missing Tiger Woods in the field for a long time. Otherwise, just about all of the game’s top players will tee it up this week.

TPC Sawgrass puts a little bit more emphasis on driving accuracy than what we typically see at a PGA Tour event. This is a par 72 that plays under 7,200 yards. Distance is still important and just about all courses seem to be set up for distance these days, but the Stadium Course is more about hitting the ball where it needs to be hit.

The fairways can be narrow at Sawgrass and most of them are lined by rough patches that are blocked out from the green or hazards. Depending on how thickly cut the rough is, it can be very hard to cut, draw, and fade irons, which will be required to hit some of the green complexes. Guys that play from the short grass are going to be in good shape here. You’ll sacrifice a little distance for accuracy if you can help it.

In terms of our course form data breakdown, we have a lot of it for this event, which has been held at TPC Sawgrass every year since 1982 and at Sawgrass dating back to 1977. We did not get a full tournament last year, as play was ended after the first round, so Rory McIlroy is still technically the reigning champion from his one-shot win over Jim Furyk back in 2019.

Other winners in the field in order of year are Webb Simpson, Si Woo Kim, Jason Day, Rickie Fowler, Martin Kaymer, Matt Kuchar, Henrik Stenson, Sergio Garcia, Phil Mickelson, and Adam Scott. That is a pretty strong list. We have not seen many instances in which players get lucky to win this thing. They are usually among the best in the world or are in one of those big form cycles.

Furyk is a two-time runner-up. Fowler has a runner-up to go with his win, which remains the biggest win of his career and looks like it will remain that way for the foreseeable future.

As far as others that have regularly performed well here, Francesco Molinari has four top-10 finishes here since 2010. Hideki Matsuyama has two top-10 finishes and five in the top 25 out of six starts. Tommy Fleetwood has finished fifth and seventh the last two years.

Surprisingly, Dustin Johnson has not played super well here and his fifth-place finish in 2019 is actually his best. Similarly, Tyrrell Hatton has missed consecutive cuts here.

You have to look at a guy like Xander Schauffele in events like this. Schauffele is usually at his best in the toughest fields and this is definitely a tough field. He was one of three runners-up back in 2018. His price is pretty depressed because he keeps racking up top-10 finishes and playing well, but this is the type of course for a guy like him. He’s a technically sound player that maybe doesn’t hit it as far as some of the other young guns, but he excels in other areas.

It is no surprise that guys like Simpson, Furyk, and Kevin Kisner have played well here. Those are guys that roll the rock well, but also hit a lot of fairways. Brendon Todd is another guy that hits a ton of fairways. He may not outlast the overall strength of this field, but Todd is a guy I’d take a chance on at a long shot price and also consider from a prop standpoint with a top-10 or top-five finish number.

My favorite play this week is Sungjae Im. Im has been outstanding off the tee this season. He’s seventh in SG: Off-the-Tee and 11th in driving accuracy. He’s consistently been in the hunt and he’s just waiting to break through. With the strength of this field, we get a little bit better of a price on him and that’s good enough for me in the mid +4000s. Im missed the cut back in 2019, but he’s a much, much better player two years later.

Tommy Fleetwood is also a guy I am strongly considering at +3300.

Coverage of the PLAYERS Championship will be on Golf Channel and NBC.