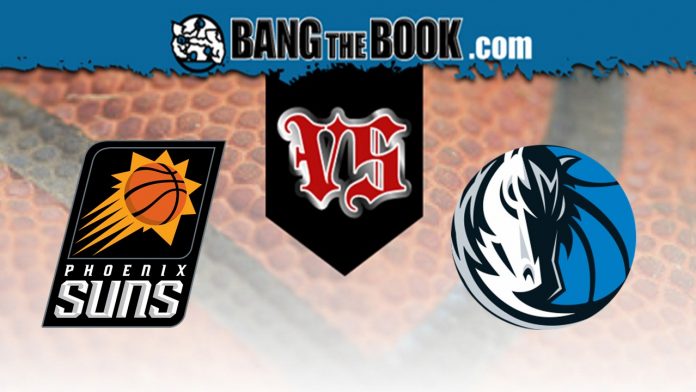 The last time the Suns played, they were beaten by the Memphis Grizzlies, 114-109. They failed to cover as 2-point underdogs. Phoenix’s Deandre Ayton contributed 17 points and 15 rebounds in the contest. Memphis held the Suns to an effective field goal percentage of 0.440 (below their season average of 0.525). Phoenix, meanwhile, forced the Grizzlies into a turnover percentage of 20.8 (above their season average of 12.8). The two teams combined to put up 223 points, which was under the projected point total of 229.5.

The Mavericks will look to maintain momentum after topping the Oklahoma City Thunder in their last outing, 107-97, as 3.5-point underdogs. Dallas was lifted by Luka Doncic, who was the top scorer from either team with 29 points on 10-for-24 shooting. Dallas played a nearly flawless game. They had an offensive rebounding percentage of 22.2 (below their season average of 24.8) and a turnover percentage of 6.4 (better than their season average of 10.8). Oklahoma City put up marks of 12.0 and 7.8, respectively, for those same stats. Combined, the two teams scored 204 points, which finished well under the O/U total of 227.

These two teams have already met once this season. In that game, the two teams combined to score 233 points, just over the projected point total of 229.5. The Mavericks won 120-113, covering as 2.5-point favorites. The Mavericks dominated nearly every facet of the game. They had a ridiculous free throw rate of 0.388 and a phenomenally low turnover percentage of 7.3. The Suns put up marks of 0.194 and 8.8, respectively, for those same stats. Doncic put up a double-double in the victory with 42 points and 11 assists.

Dallas is 3-2 ATS with 3 overs and 2 unders in its last five games.

Over its last five games, Phoenix is 2-3 ATS with 3 unders and 2 overs.

The Mavericks’ average margin of victory in their last five games has been 3.6, down from 6.9 for the season.