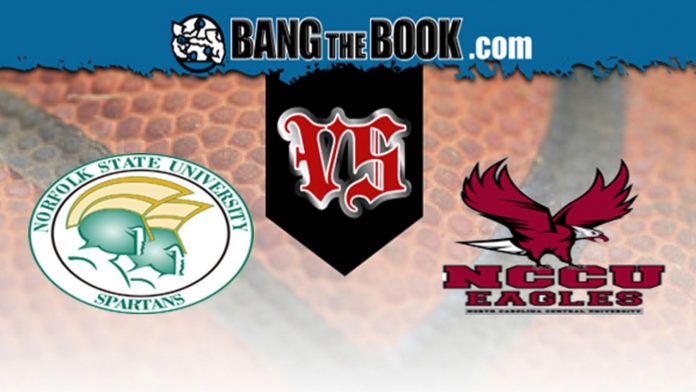 The North Carolina Central Eagles (9-12, 5-2 MEAC) will attempt to lengthen a seven-game home winning streak when they challenge the Norfolk State Spartans (10-12, 6-1 MEAC) at McDougald-McLendon Gymnasium. Action begins at 7 p.m. ET on Monday, February 3, 2020, and it can be seen on ESPNU.

The Spartans were beaten by the North Carolina A&T Aggies in their last outing, 74-68. Norfolk State’s Joe Bryant Jr. had a good game, leading both teams in scoring with 17 points on 6-for-13 shooting. North Carolina A&T forced the Spartans into a turnover percentage of 24.4 (above their season average of 17.7). Norfolk State, on the other hand, had a better effective field goal percentage (0.491 vs. 0.475).

This is the first time these teams will battle this year. Each won one of the two games played against each other last season. The Eagles won the most recent game 50-47. North Carolina Central had a much better offensive rebounding percentage (33.3 vs. 14.7). Norfolk State, on the other hand, had a better turnover percentage (20.7 vs. 23.0).

The Eagles’ average margin of victory in their last five games has been 13.4, up from 2.9 for the season.