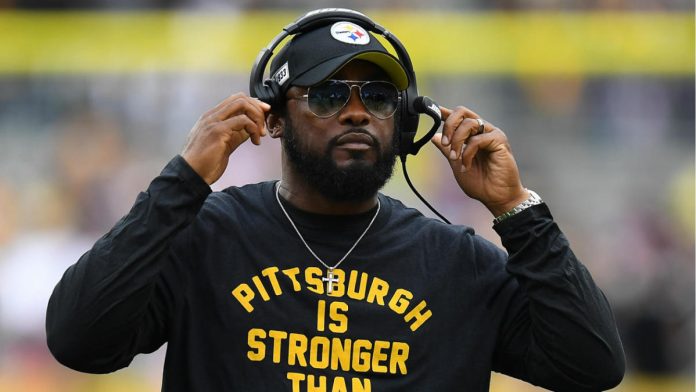 When head coaches are part of the national NFL conversation, it is usually when someone is getting fired during the season or because Black Monday is drawing near. But there is one time when the conversation is a positive one—when it comes time to pick the Coach of the Year (COY).

How do you judge how well someone coached, though? The obvious answer to that would be the win column—but that does not take into account the team’s talent level relative to the number of wins. At the same time, sometimes the team that wins the most did have the best head coach.

It is hard to judge, but according to the oddsmakers at BetOnline.ag, the winner should be obvious:

When your team is undefeated, you are going to be the frontrunner for COY. However, while Mike Tomlin does deserve the lion’s share of the credit for the Steelers’ success, how much can be attributed to Ben Roethlisberger?

The defense was great last year and is excellent once again this year. But the offense was not so great last season and has been significantly better this season. Is it because of something Tomlin has done or is doing? Or is it because Big Ben is back behind center?

Those who think the Steelers’ success is due more to Roethlisberger will probably lean towards Dolphins head coach Brian Flores.

If we are going to look at how much better the Steelers are this year relative to last, we have to look at the Dolphins in the same light. Last year they started 0-7; this year, they are 4-3 and in a position to potentially win the AFC East.

Unlike the Steelers, there has not been an infusion of talent. Ryan Fitzpatrick was behind center for the first six games, and the Dolphins did not add anyone like Chase Claypool to the offense.

Miami was a dreadful team last season, and with mostly the same guys, they are now a division contender.

Andy Reid is going to get some attention because the Chiefs are dominant. But he is not going to win for the same reason Bill Belichick did not win a dozen COY awards during the Patriots dynastic run. Kliff Kingsbury deserves but will probably not win unless the Cardinals take the division.

Cases could be made for several other guys, too. Bruce Arians will likely get some attention from voters but is the Buccaneers’ success this season due to him or the addition of Tom Brady. Frank Reich is doing a great job with the Colts, as are Matt LaFleur, Mike Vrabel, and Pete Carroll with their teams.

Mike Tomlin will absolutely deserve the award if the Steelers go undefeated—but do not count on the Steelers doing so. But if the Dolphins can finish the season with a winning record, then the COY should go to Brian Flores.

While it may sound a little crazy, there is a very real chance the Dolphins do just that. Take Flores to win.