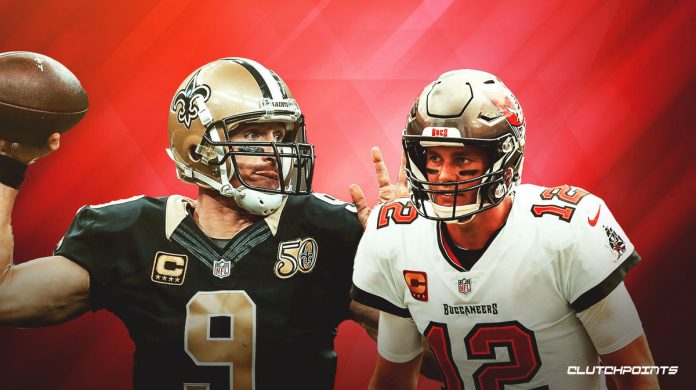 If you’d asked me if the Tampa Bay Buccaneers would have a better record than the New Orleans Saints when the teams met in Week 9, I would have answered strongly in the negative. However, the Bucs come in at 6-2, while the Saints (already having had their bye) come in at 5-2. Tampa Bay just escaped Gotham with a win on Monday Night Football edging the G-men 25-23, now winners of three games in a row. The Saints have won four in a row since losing in prime time to the Packers in Week 3, most recently knocking off the Bears on the road. Those four wins, though, have come by a combined 15 points.

The Saints won the first meeting between these two teams, 34-23 at home, in the season opener. Can the Bucs get the split, or will the Saints move back into first place? Check out our preview, with odds courtesy of expert bookmaker JAZZSports.ag.

Signup At Jazzsports Right Now and get 150% Deposit bonus up to $1000! Click Here Now

Why the Saints Will Win

New Orleans is terrific against the run, but the unit will still have its hands full with Fournette and Ronald Jones pounding the ball. It’s also hard to see Drew Brees coming up short at home in prime time, when the Saints have become automatic over the past few years. The problems for the Saints come in passing defense; on paper, that secondary looks strong, with two shutdown corners, but in reality they get flagged way too many times for pass interference after taking bad angles to the ball.

This was a more automatic call for the Saints when Jameis Winston was the quarterback in Tampa Bay. Now, though, the Bucs have a seasoned veteran accustomed to winning running the offense, and the defense has solved a lot of the issues that plagued it in the Week 1 loss. If you like the Buccaneers, you see the defense shutting down New Orleans similarly to the way they made Aaron Rodgers and the Packer offense look silly three weeks ago.

Tampa Bay has one of the NFC’s best defenses and has been especially stout against the run. The Saints have a terrific running back in Alvin Kamara, so the Bucs’ front seven will have to focus on shutting him down. In their recent winning streak, the Buccaneers had run up the score against Green Bay and Las Vegas before struggling against the Giants, so it could be that the Bucs had a hard time getting intense about a Giants team that has struggled. The NFC East is now 1-16 against teams with a winning record, so if Tampa Bay wasn’t super hyped about the game, we could forgive them.

On offense, the Buccaneers actually have more weaponry. The Saints have Jared Cook at tight end and Leonard Fournette at tailback, but wide receiver Michael Thomas remains an enigma. Is his ankle healthy? He was ruled out of Week 8 and remains questionable for Week 9. The Saints have said they will not trade him ahead of the deadline, and the Saints could use him on the field. The Bucs have Mike Evans and Rob Gronkowski to catch balls down the field, and they could slice and dice the New Orleans secondary.

I wasn’t sold on Tampa Bay winning the NFC South, but given the inconsistency in New Orleans, the chaos in Carolina and the nonsense in Atlanta, the Buccaneers could win this division and make a deep playoff run. I see Tampa Bay winning this one (and covering the spread too!)