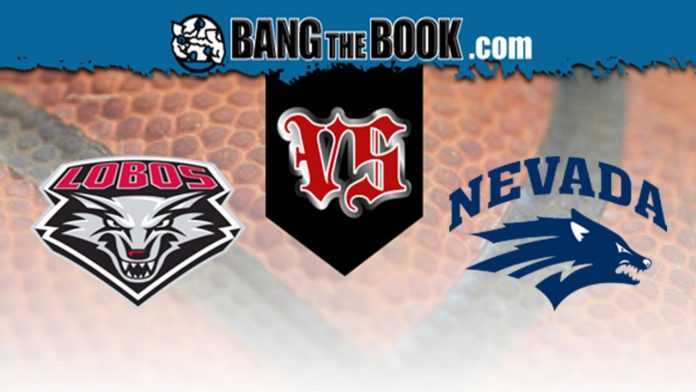 In the Lobos’ last contest, they easily got past the San Jose State Spartans, 86-59. With 15 points and 13 rebounds, New Mexico’s Makuach Maluach put together a solid game. New Mexico played a nearly perfect game. They had a phenomenal effective field goal percentage of 0.613 (above their season average of 0.548) and a free throw rate of 0.396 (above their season average of 0.309). For those same stats, San Jose State had marks of 0.310 and 0.317, respectively.

The Wolf Pack hope to maintain momentum after beating the UNLV Runnin’ Rebels in their last matchup, 86-72. With 28 points on 8-for-17 shooting, Jalen Harris was the game’s leading scorer. Nevada dominated nearly every stat category in the game. They had a fantastically low turnover percentage of 7.8 (better than their season average of 15.4) and a free throw rate of 0.431 (above their season average of 0.212). UNLV recorded marks of 13.8 and 0.297, respectively, for those same stats.

This will be the first matchup of the year between these two teams. Each won one of the two games played against each other last season. The Wolf Pack won the most recent matchup 91-62. The Wolf Pack dominated every stat category in the game. They had a great free throw rate of 0.250 and a solid offensive rebounding percentage of 29.7. The Lobos recorded marks of 0.152 and 19.1, respectively, for those same stats.