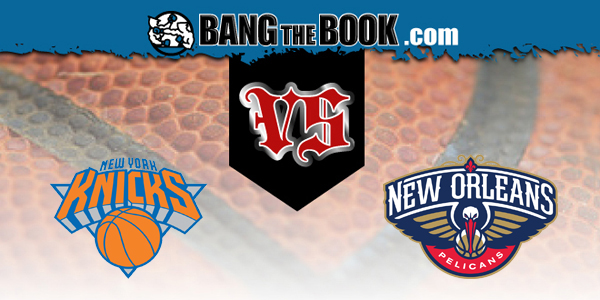 What happens when you’ve got two NBA teams who aren’t really hell-bent on throwing up three-point shots? Well, you’ve probably got to look at other factors in determining who is going to win and/or cover.

And that is the situation we’re looking at as the New York Knicks take their show to the Big Easy for a game against the New Orleans Pelicans on Wednesday night at the Smoothie King Center.

Both of these squads come into the action with three-game winning streaks, but the Knicks (28-27 SU, 32-21-1 ATS) are in the better position, as they are sixth overall in the Eastern Conference, and thus may be able to avoid having to be involved in the risky play-in tournament, while the Pelicans (25-29 both SU & ATS) can only hope they can qualify, as they are sitting in 11th place in the Western Conference.

Game time is 8 PM ET on Wednesday (they’ll meet again Sunday at the Garden), and you should know that BetAnySports customers will have an opportunity to place wagers on this game even after it has begun, using the facilities that are available through Sports Betting Prime.

And here are their NBA betting odds on the game:

There is little question that the Pelicans have been a disappointment, Having Zion Williamson from the start of the season should have been something to propel them into the eight-team playoff queue, at the very least. Zion has done his part, averaging 26.8 points and 7.1 rebounds. And Brandon Ingram has scored a lot of points too (24 a game).You’ve got some nice role players like enforcer Steven Adams. Yet they haven’t gotten enough results.

Here is a team that has been very good at getting to the free throw line (second highest ratio of FT attempts to FG attempts) but has been a subpar 73.2% from the line.

They have not defended particularly well either; New Orleans has been permissive to teams who shoot well from long range, allowing 15 treys per game.

But you have to ask yourself – are the Knicks really in a great position to exploit that kind of thing?

New York has torn a page out of Gregg Popovich’s book, it seems, in that it does not try a lot of threes (28th in the league in that category), yet hits at a high percentage (37.5%). Ultimately it gets around to whether it’s “their style.”

And it isn’t. Second-year man RJ Barrett has made progress (especially at the charity stripe) and ex-Pelican Julius Randle has been simply sensational for the Knickerbockers (23 ppg / 10.7 rpg / 6 apg). But offensive threats do not abound.

Instead, this team has vaulted itself into playoff contention on the strength of the defensive ethic instilled by Tom Thibodeau, who deserves to be a candidate for Coach of the Year. They allow a lower shooting percentage and fewer points than any other team in the league.

And they do muzzle the three-point shooting efforts of opponents, holding them to just 33.8%. Much of the NBA is moving in the direction of shooting triples, but New Orleans hardly goes overboard with it; in fact, they are 23rd in the NBA in three-point attempts. So how much will they be stymied by the New York defensive scheme?

What might be worth pointing out is that the Pelicans have a rebound margin of +6.3 per game, and they lead the league in offensive rebounding percentage, so they are going to take some of those misses and get second chances. Lonzo Ball will not likely be available to play the point. His dad was hopeful he could “showcase” himself to the Knicks so they’d be interested in him in free agency. He’s doubtful, and it would be the fourth straight game he’s missed.

But they won the previous three. I simply like the overall matchup for the Pelicans here, so we’re laying the points.

Remember that with BetAnySports you can get reduced juice on NBA games, and you can make real-time wagers while the game is in progress….. Make your deposits with a debit card, credit card, person-to-person transfer or the virtual currency of Bitcoin, which is fast and easy with their automated system, and NEVER incurs a transaction fee!