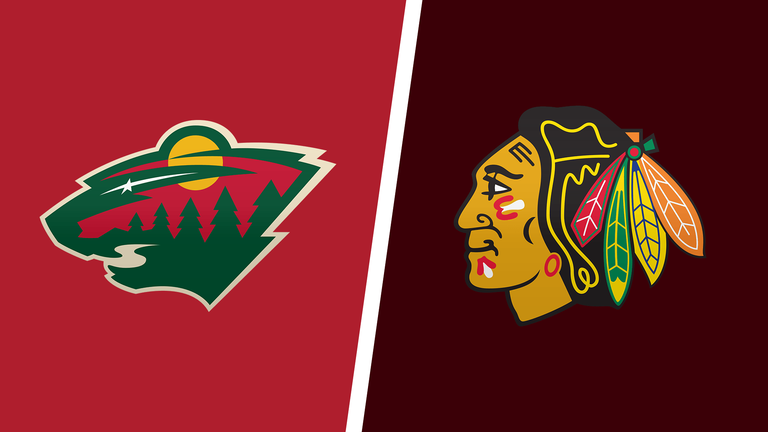 The 2021-22 NHL season continues with five games on the Wednesday card, so we are taking a closer look at this Central Division showdown at the United Center in Chicago to get you the best Wild vs. Blackhawks betting pick and odds.

Minnesota has won both contests against Chicago this season, winning 5-1 on January 21 and 4-3 in overtime on January 22. The Wild enter as heavy favorites in that contest at -162 on MyBookie Sportsbook, while the Blackhawks are the favorites when receiving 1.5 goals at -180. The total is set at 6.0 for this contest. Minnesota was the favorite the last time these teams met (-222), but Chicago was able to cover the spread (+1.5, -130). The teams went over the 6.0 total that was set.

The Wild completed a sweep of the New York teams on Sunday with a 4-3 victory over the Islanders. Kirill Kaprizov has completely shaken off his early-season slump, recording his 18th goal of the season. Kaprizov now has eight points over his last five games, including six assists. He leads the team with 52 points, averaging 1.33 points per contest.

Minnesota has been an absolute beast offensively, third in the NHL in goals per game (3.80) and second in shooting percentage (11.5%). In all 10 January games the team scored at least three goals and finished with 44 goals in the month. However, they have won just three of their last eight games by more than a single goal.

The Chicago Blackhawks (16-22-7) are struggling, losers of two straight games. They are 1-5-1 in their last seven games, including being swept by Minnesota two weekends ago. The Blackhawks are 4-6 ATS in their last 10.

Chicago lost to Vancouver on Monday, 3-1. Connor Murphy had the only goal of the game, scoring when his team was down by two, but an empty net tally secured the victory. Marc-Andre Fleury stopped 29 of 31 shots. Fleury has been solid, going 14-15-3 with a 2.85 GAA and a .910 save percentage. He is simply not getting the type of offensive production he received when he was in Vegas.

The Blackhawks enter this contest with a -39-goal differential, second worst in the division. Chicago is 29th in goals per game (2.42) and 27th in shooting percentage (8.4%). Dylan Strome has come to life over the last five games, scoring seven total points, but he had just 11 through his first 27 games.

It is hard to go against a team that is as hot as Minnesota is right now. They are lighting the lamp on a record pace for this team, and have a number of rising stars that are very early in their careers. Plus, you have a Chicago team that is struggling mightily over the last seven contests.

The last time these teams met in Chicago, Minnesota absolutely dominated, winning 5-1. The Wild scored the first five goals of the contest and got an outstanding outing out of Kaapo Kahkonen, who stopped 35 of 36 shots. Until Chicago proves they can beat Minnesota, you have to go with the Wild.

Pick: Take the Minnesota Wild at -162

This seems like a surprising statistic, but these teams have gone over six goals in five of the last eight contests, with six total goals being scored in a sixth game. Scoring has not been an issue when these two teams have met despite the fact that Chicago has been offensively challenged. They only have four goals against Minnesota this season, but the Wild have produced nine in the two games.