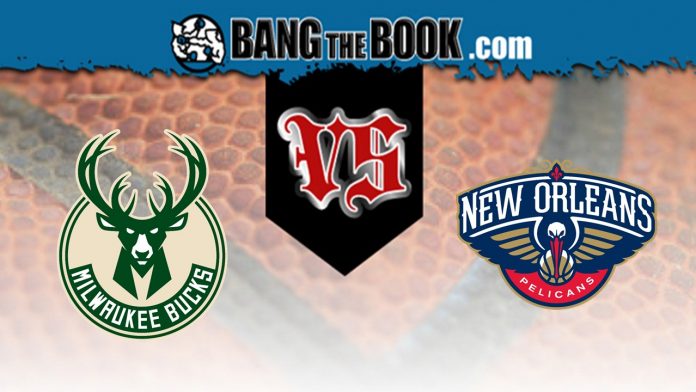 The Milwaukee Bucks (42-7) look to continue their five-game road winning streak in a matchup against the New Orleans Pelicans (20-30) at Smoothie King Center. The Over/Under (O/U) for the game has been set at 245 points with Milwaukee opening as a 6-point favorite. Tip-off is scheduled for 7:30 p.m. ET on Tuesday, February 4, 2020.

The last time the Bucks played, they had no trouble getting past the Phoenix Suns, 129-108, comfortably covering as 12.5-point favorites. Khris Middleton led Milwaukee in scoring with 25 points on 9-for-15 shooting. The Bucks held the Suns to an effective field goal percentage of 0.419 (below their season average of 0.526) and had an offensive rebounding percentage of 32.0 (above their season average of 20.8). The two teams combined to score 237 points, which was just over the projected point total of 235.

The Pelicans are hoping for a better outcome after failing to cover as 5-point underdogs in their 117-109 loss to the Houston Rockets in their last contest. Brandon Ingram was New Orleans’ high scorer with 28 points on 10-for-23 shooting. Houston had a turnover percentage of 5.8 (better than their season average of 12.3). New Orleans, meanwhile, had an offensive rebounding percentage of 33.3 (above their season average of 23.7). Combined, the two squads scored 226 points, which came in well under the projected point total of 252.

There should be plenty of transition action in this showdown that showcases a pair of the NBA’s more up-tempo teams. New Orleans ranks fifth in possessions per game (106.2) and Milwaukee is first (106.5). Additionally, the second-ranked offense of the Bucks (offensive efficiency of 112.7) will try to exploit the 23rd-ranked defense of the Pelicans (defensive efficiency of 110.3).

Both teams have had a player heat up over their last five games. For the Bucks, it’s been Middleton, who has averaged 27 points,6.2 rebounds,5.8 assists, while the Pelicans have received solid contributions from Zion Williamson (19 points,7.8 rebounds).

These two teams have already met once this season. The two teams combined to put up 239 points in that game, which was over the projected point total of 232.5. The Bucks won 127-112, covering as 9-point favorites. Milwaukee had a much better turnover percentage (12.6 vs. 17.7). New Orleans, on the other hand, did a fantastic job of converting from the free throw line (18-22; 81.8 percent). Eric Bledsoe had a standout performance in the victory, producing 29 points and six assists.

In games where they hold opponents under 100 points, New Orleans is 3-0 and Milwaukee is 11-0.

The Bucks average 51.7 rebounds per game, which ranks first in the NBA. The Pelicans rank 18th in rebounds allowed per game (45.7).

The Bucks average 26.3 assists per game, which ranks fourth in the NBA. The Pelicans rank 15th in assists allowed per game (24.2).

New Orleans is 3-2 ATS with 3 unders and 2 overs in its last five games.

Over its last five games, Milwaukee is 2-3 ATS with 3 overs and 2 unders.