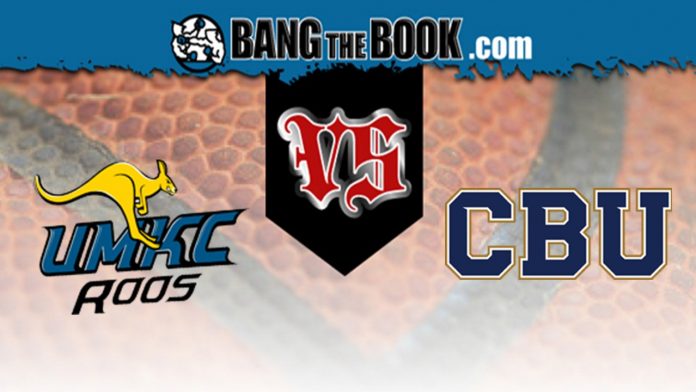 In the Roos’ last contest, they lost a tough one against the Grand Canyon Antelopes, 69-66. Kansas City’s Josiah Allick had 11 points and 13 rebounds in the game. Grand Canyon did a terrific job of making free throws (19-21; 90.5 percent). Kansas City, on the other hand, held the Antelopes to an offensive rebounding percentage of 16.0 (below their season average of 22.1).

The Lancers will look to keep it rolling after dismantling the Chicago State Cougars in their last contest, 85-53. With 22 points on 9-for-14 shooting, Milan Acquaah was the top scorer from either team. California Baptist dominated nearly every facet of the game. They had a ridiculously low turnover percentage of 7.4 (better than their season average of 17.2) and an offensive rebounding percentage of 42.1 (above their season average of 31.1). Chicago State recorded marks of 20.7 and 23.5, respectively, for those same stats.

This will be the first matchup of the year between these two teams. Each won one of the two games played against each other last season. The Lancers won the last game 70-60. The Lancers dominated nearly every facet of the game. They had an absurdly low turnover percentage of 7.1 and an offensive rebounding percentage of 23.5. The Roos put up marks of 16.5 and 16.1, respectively, for those same stats.

The aggressive California Baptist offense could be getting to the charity stripe a lot in this battle. The Lancers rank 40th in the nation with a free throw attempt (FTA) rate of 0.274, while Kansas City ranks 345th in FTA rate allowed (0.336).

The Lancers’ average margin of victory in their last five games has been 12.6, up from 11.8 for the season.