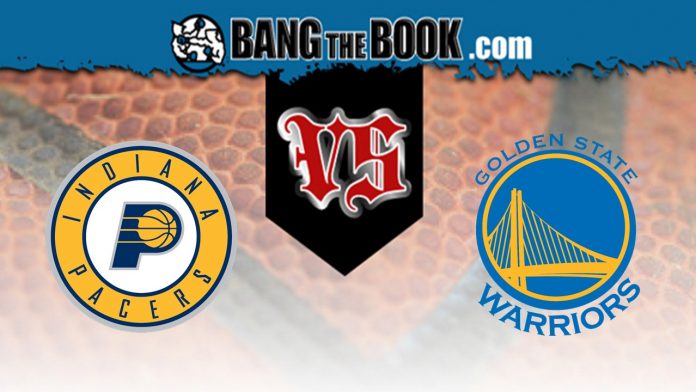 The Pacers won big over the Phoenix Suns in their last matchup, 112-87, easily covering as 1.5-point favorites. With 24 points and 13 rebounds, Indiana’s Domantas Sabonis played well. The Pacers, who came into the game averaging an effective field goal percentage of 0.528, had a superb mark of 0.589 and had a turnover percentage of 8.8 (better than their season average of 11.3). The two teams combined to score 199 points, which finished well under the projected point total of 221.5.

In the Warriors’ previous game, they were blown out by the Utah Jazz, 129-96, and were unable to cover as 9-point underdogs. D’Angelo Russell was the top scorer from either team with 26 points on 10-for-21 shooting. Utah had an offensive rebounding percentage of 36.6 (above their season average of 20.8). Golden State, on the other hand, did a terrific job of making free throws (20-24; 83.3 percent). The two teams collectively scored 225 points, which was over the projected point total of 220.5.

The offense of Golden State (29th in the league with an offensive efficiency of 102.3) will square off against the top-notch defense of Indiana (ninth in the league with a defensive efficiency of 105.1). The Pacers should have the edge on that side of the ball. Furthermore, the Pacers rank fifth in turnover percentage (12.3 percent), while the Warriors rank fifth in opponents’ turnover percentage (14.5 percent).

This is the first time these teams will go head-to-head this year, after the Warriors won both meetings last season. In the last game, Golden State won 112-89. Golden State had a much better effective field goal percentage (0.567 vs. 0.418). Indiana, on the other hand, did an excellent job of making free throws (13-17; 76.5 percent).

The Pacers average 5.2 blocks per game, which ranks 11th in the NBA. The Warriors rank 22nd in blocks allowed per game (5.4).

Over its last five games, Indiana is 3-2 ATS with 3 unders and 2 overs.

The Warriors’ average margin of defeat in their last five games has been 10.8, up from 8.5 for the season.