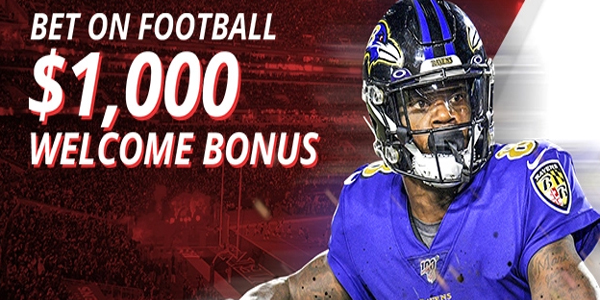 A teaser is a wager where the bettor will benefit from the adjustment of lines in his/her favor, and in exchange gives up something in the way of a payout. This is based, naturally, on all the parts of your teaser winning (there are exceptions, as we’ll explain below).

It is possible for customers at BetOnline to put two teams together in this wager. Three teams in the most common. But you can do more.

Here is an example of how you would concede something on the payout odds:

If you have three teams to win straight-up at even money, and they all must win, you’d be looking at 7-1 odds. If you were laying a standard -110 on each game, as you would normally in a point spread wager, the odds against you winning that would be approximately 8.25-to-1.

Of course, those are parlays, not teasers.

What you’re doing in a teaser is getting a certain number of points that go your way. So if you are looking to do a three-team, six-point teaser, and you have a game where the favorite is laying seven points, you can “tease” that down to one. And so for each of the components of the wager, you are moving the line six points to your benefit.

Let’s talk about what they have at BetOnline, which tops our list of Best Teaser Sportsbooks.

We must take note that there is a “premium” charge (usually you’ll have to lay three to five cents extra) if your teaser play of two, three or four teams does any of the following:

Obviously this is the case because 3 and 7 are “key” numbers where you’ll see a lot of margins falling.

In any teaser that involves three teams or more, if you wind up tying on one of the results, the wager is pulled down to the next level. In other words, if you had a five-team teaser and one of those components tied, your wager will be reduced to a four-team teaser.

Such is not the case when you are doing the “special teasers,” which involve anywhere from three to six teams and either 10 or 13 points (football teasers don’t do three teams at 13 points). These obviously afford you a lot of latitude, and understandably the payouts are not as lucrative. But it does look appetizing.

Then there are the 21-point “super” teasers, in which you’ll be laying quite a heavy price. If you want to get three touchdowns with three teams, for example, you’re only going to be paid at odds of 1-to-15 (10-to-150). So if you want to make back the amount of money you put in, you’re laying 15-to-1.

You can do anywhere from three to ten teams, at which point you are getting paid at odds of 10-to-17.

We already know what you’re going to ask. And we’ll answer that – no, you can’t tease both sides of the line. You can’t do totals with the super teasers either.

But they are exciting, and like all teasers, kind of mouth-watering as well.

Check it all out at BetOnline, where you’ve got quite a menu of choices, including Odds Booster, which offers tremendous odds on pre-selected parlays every day of the week……….. And there are plenty of options to open up an account, including Bitcoin. There are NO transaction fees for cryptocurrency transactions!