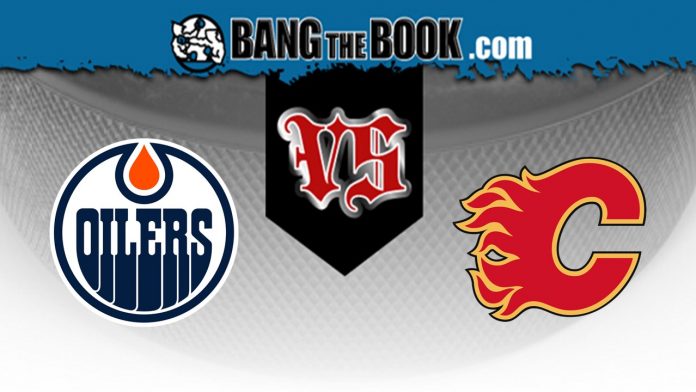 Two clubs that split their season series two wins each a year ago, the Edmonton Oilers and the Calgary Flames clash at the Scotiabank Saddledome. This divisional matchup gets going at 10 p.m. ET on Saturday, February 1, and it’s being televised live on CBC Sports.

Calgary is 27-25 straight up (SU) and has not been kind to moneyline bettors (to the tune of -3.5 units) thus far. That winning percentage, the third-best in the Pacific Division in this young season, is a regression from the 50-32 record that the team managed during last year’s regular season campaign. Among the team’s 52 games this season, 23 have gone under the total, while 23 have gone over and just three have pushed. The team’s 13-11 SU at home this season.

The Flames have converted on 19.9 percent of their power play chances this year, a figure that’s right around league average. On the other hand, their penalty kill is rated 12th overall, and they’ve successfully killed off 81.9 percent of all penalties.

The Flames will continue seeking leadership from Matthew Tkachuk and Johnny Gaudreau. Tkachuk (41 points) has produced 16 goals and 25 assists and has recorded multiple points on 11 separate occasions this year. Gaudreau has 13 goals and 27 assists to his name and has notched a point in 29 games.

Edmonton has netted moneyline bettors 3.4 units this season and is currently 27-24 straight up (SU). Through 51 regular season contests, 25 of its games have gone over the total, while 23 have gone under the total and just two have pushed. The Oilers are 14-12 SU as the visiting team this season.

The Oilers come into the matchup with the second-best power-play unit in the NHL, as they’ve found the net on 29.4 percent of their extra-man chances in the 2019-20 season. On the other hand, its penalty kill unit is ranked eighth overall and it’s successfully killed off 82.6 percent of all opponent power plays.

Mikko Koskinen (27.9 saves per game) has been the primary option in goal for Edmonton. Koskinen owns a 15-13-2 record, while registering a .911 save percentage and 2.87 goals against average this year.

Calgary is 6-1 in games decided by a shootout this season while Edmonton is 2-2 in shootouts.

Seven of Edmonton’s last ten games have been decided by two goals or more. The team is 7-0 in those games.

Edmonton skaters notched 26.7 hits per game last season, while the Flames accounted for 16.3 hits per contest.

Bet the NFL Playoffs at TopBet