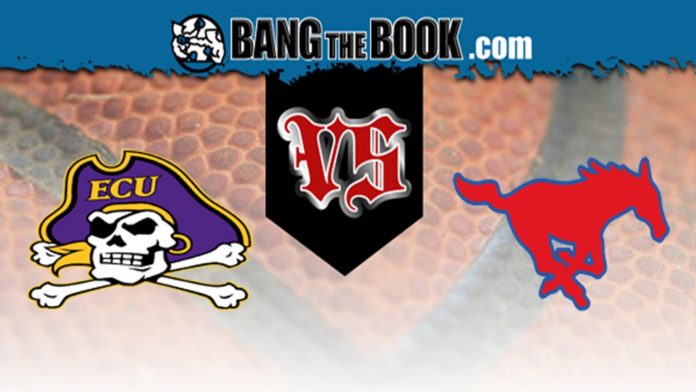 The Pirates were blown out by the Cincinnati Bearcats in their last outing, 82-57. With 16 points on 5-for-10 shooting, Brandon Suggs was East Carolina’s leading scorer. Cincinnati’s turnover percentage was their biggest advantage over East Carolina. The Bearcats had a rate of 13.7 (better than their season average of 18.4), while the Pirates posted a mark of 21.8 (above their season average of 17.1).

The last time the Mustangs played, they beat the Temple Owls, 68-52. With 25 points on 9-for-14 shooting, Tyson Jolly was the game’s high scorer. SMU played a nearly flawless game. They had a phenomenal offensive rebounding percentage of 37.5 (above their season average of 35.1) and a turnover percentage of 16.9 (worse than their season average of 16.5). Temple was 17.9 and 20.9, respectively, for those same stats.

These two teams have already met once this season. The Pirates won 71-68. The Pirates played a nearly perfect game. They had an effective field goal percentage of 0.527 and a turnover percentage of 11.3. The Mustangs recorded marks of 0.462 and 12.6, respectively, for those same stats. Despite the loss, Isiaha Mike was the game’s leading scorer with 21 points.

The Mustangs’ average margin of victory in their last five games has been 4.4, down from 8.9 for the season.