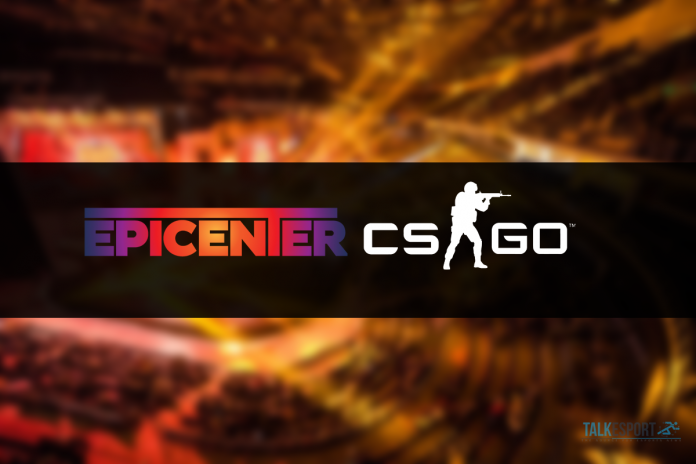 Most of the best CS:GO teams in the world are calling it quits for the year at the end of this week, but there is still one more S-Tier competition before 2020. Eight of the top CS:GO teams from around the world will converge on Moscow to battle it out for a $500,000 prize pool and one last title before the new year.

Although they haven’t won an S-Tier competition since April, Natus Vincere have to be considered one of the favorites to win Epicenter. They made it to the semifinals of the ESL Pro League Season 10 Finals two weeks ago, and the addition of Guardian has made this team one of the best in the world once more.

Guardian is a proven winner and pairing him with exceptional players like s1mple and electronic will make Na’Vi competitive throughout 2020. They can get off to a good start by beating Heroic, a team that hasn’t faired well in S-Tier tournaments. Heroic’s best finishes were at DreamHack events in Rotterdam and Atlanta, and the teams at those competitions are a tier below.

Chinese qualifiers don’t typically fair well against European teams, and EHOME is expected to get smashed by Vitality. EHOME has only won B-Tier and C-Tier tournaments in its history, and this organization has won just 58.7 percent of its matches since its inception.

Vitality are one of the favorites to take home first place in Moscow. Shox has now been folded into the team’s dynamic, and he looks to be a solid replacement for NBK-. Alex is one of the top players in the world, and it would take minor miracle for Vitality to drop this set.

Forze is feeling great after beating Tricked to win the DreamHack Winter Open. They overcame a loss to Tricked in the Group Stage to beat GODSENT and Tricked in the knockout rounds, claiming the $50,000 first prize. This is one of the longest tenured teams as they have been presently constituted in this group of five since September 2018, and they have occasionally challenged the top teams in Europe. That makes them a live underdog against Evil Geniuses.

Evil Geniuses’ return to CS:GO has been fantastic. They acquired NRG Esports’ CS:GO roster at the end of September, and they immediately made a splash by beating Fnatic in the StarSeries & i-League Season 8 Finals. They followed that up with a respectable performance against the best team in the world in Astralis at the ECS Season 8 Finals, but we have seen diminishing returns in recent weeks.

This will be the best first round match of the bunch. Mousesports and AVANGAR are both capable of winning this competition, and both teams have been hot in recent weeks.

Mousesports has been on fire with two S-Tier tournament wins in the last month. They bested ENCE 2-0 at the CS:GO Asia Championships in November and followed that up with a 3-0 beatdown of Fnatic at the ESL Pro League Season 10 Finals two weeks later.

It took a while for the acquisitions of Karrigan, woxic, and frozen to pay off, but they are playing very well now. Karrigan is playing like the superstar of old, and that led to Mousesports beating Evil Geniuses twice and Astralis once on the way to those two titles.

AVANGAR won a tournament in Moscow three months ago, beating Forze for the BLAST Pro Series: Moscow title. They beat out other top teams like Natus Vincere, MIBR, ENCE, and Ninjas in Pyjamas to win the competition, but they had a disappointing showing at the ECS Season 8 Finals a few weeks ago.

There’s a reason AVANGAR are short underdogs, but Mousesports have been playing too well. This squad’s chemistry is phenomenal right now, so it’s hard to go against them.

Are You Looking For The Best Sports Betting Sites?