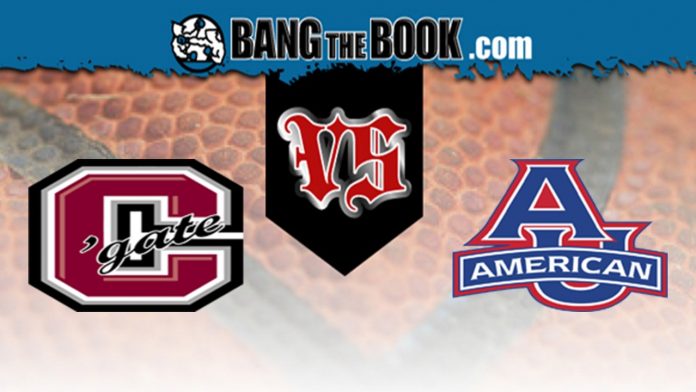 The Eagles come in on a high note after edging the Loyola Maryland Greyhounds in their last contest, 93-91. American University was led by Mark Gasperini, who put up 16 points and 12 rebounds. The Eagles forced 16 turnovers and had an offensive rebounding percentage of 37.1 (above their season average of 25.5).

These two schools have already met once this season. The Raiders won 65-51. The Raiders dominated nearly every stat category in the game. They had a free throw rate of 0.119 and an effective field goal percentage of 0.492. For those same stats, the Eagles had marks of 0.082 and 0.377, respectively. Despite the loss, Sa’eed Nelson had a standout performance in the game, putting up 14 points and six rebounds.

American University could have trouble getting to the foul line in this contest. The Eagles currently rank 296th in the nation with a free throw attempt (FTA) rate of 0.191, while Colgate ranks 22nd in FTA rate allowed (0.161). Moreover, the Raiders’ 54th-ranked offense (offensive efficiency of 109.2) will attempt to exploit the Eagles’ 304th-ranked defense (defensive efficiency of 105.0).

Colgate averages 14.8 assists per game, which ranks 55th in the nation. American University ranks 134th in assists allowed per game (12.6).