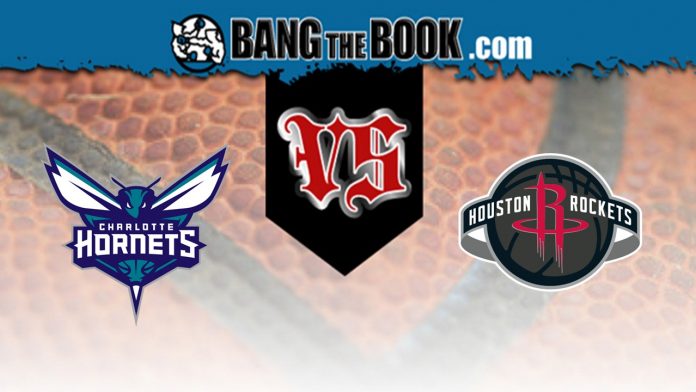 In the Hornets’ last matchup, they lost to the Orlando Magic, 112-100, despite being 8.5-point favorites. Charlotte’s Miles Bridges finished with 16 points and eight rebounds in the game. Orlando was lights out from beyond the arc (16-34; 47.1 percent). Charlotte, on the other hand, had an offensive rebounding percentage of 34.1 (above their season average of 23.6). The two teams combined to score 212 points, which was just under the projected point total of 214.5.

The Rockets come in on a high note after covering the 5-point spread against the New Orleans Pelicans in their last outing, 117-109. Houston was lifted by James Harden, who was the game’s high scorer with 40 points on 12-for-24 shooting. The Rockets had an extraordinarily low turnover percentage of 5.8 (better than their season average of 12.3) and had a better free throw rate (0.181 vs. 0.160). The two squads collectively scored 226 points, which was well under the O/U total of 252.

Houston could dominate on the offensive side of the ball as their high-powered offense faces off against one of the league’s worst defenses. The Rockets rank third in offensive efficiency, while Charlotte ranks 28th in defensive efficiency.

This is the first time these teams will meet this year, after the Rockets won both games last season. In the most recent matchup, Houston won 118-106. Houston’s rebounding was their biggest advantage. The Rockets had more offensive rebounds (12 vs. seven), defensive rebounds (43 vs. 32) and total rebounds (55 vs. 39).

Houston is 2-3 ATS with 3 overs and 2 unders in its last five games.

Over its past five games, Charlotte is 2-3 ATS with 4 unders and 1 over.

The Rockets’ average margin of victory in their last five games has been 0.8, down from 4.1 for the season.