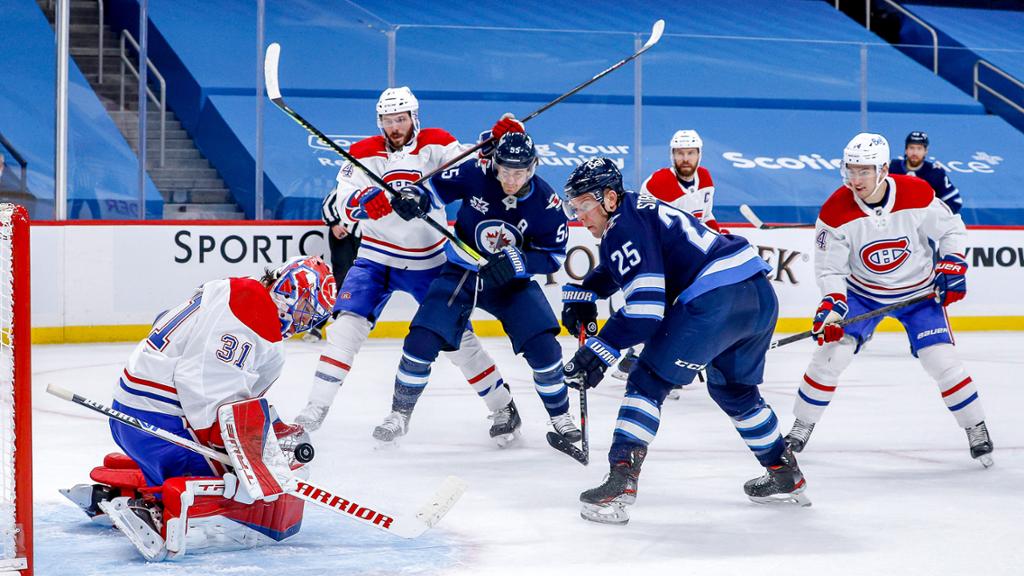 The North Division final was supposed be Toronto vs. Edmonton. With the redesigned NHL Playoff format, the chances seemed as great as they had been in a long time for a Canadian team to have a legitimate chance at the Stanley Cup. Well, it turns out that the #3 and #4 seeds from the division advanced out of the first round.

The series between the Montreal Canadiens and the Winnipeg Jets gets underway on Wednesday night. Winnipeg is favored into the -140 range at Bookmaker Sportsbook with a total of 5.5 on the game. It is a quick turnaround for Montreal, who just erased a 3-1 series deficit against the Maple Leafs. On the other hand, it is a long layoff for the Jets, who eliminated the Oilers in a four-game sweep on May 24.

That means we have a lot to discuss with this game.

A 3-1 lead isn’t a death sentence in the NHL Playoffs, but it is a hard hole to climb out of against any opponent, let alone the #1 seed from a division. The Montreal Canadiens succeeded, and did so in grand fashion with a 3-1 win in Game 7 on the road. The first two wins of the comeback came in overtime and the decisive Game 7 win was the first multi-goal win of the series for the underdogs.

Toronto had the second-most goals scored at 5-v-5 during the regular season. Montreal was 16th. Toronto, for all of their defensive and goaltending questions, also allowed eight fewer 5-v-5 goals. In every sense of the word, Toronto should have won the series and should have been a big favorite in the process.

In this series against Winnipeg, though, the playing field is a lot leveler. Montreal was +3 in 5-v-5 goal differential and Winnipeg was +8. One thing that Montreal did very well during the regular season that Winnipeg did not was generate scoring chances and avoid giving them up. The Canadiens had the second-highest SCF%, trailing only Colorado. Winnipeg was 21st in that department. Winnipeg gave up 101 more high-danger chances than they had on offense. Montreal was +34.

In other words, don’t sleep on the Canadiens in this series. They spent a lot of energy to beat Toronto, but they are a pretty capable 5-v-5 team and Carey Price could end up being the difference maker.

Price, the first star of Game 7, had a 2.24 GAA and a .932 SV% in the series. After a tough regular season and some time missed due to injury, he showed up when Montreal needed him most, as he stopped 103 of 109 shots over the last three games of the series against Toronto.

The story is also goaltending for Winnipeg. Connor Hellebuyck was outstanding against the Oilers with a .950 SV% on 159 shots. He only let in eight goals over the four games, as the Jets somehow managed to keep Connor McDavid and Leon Draisaitl at bay for the most part. Hellebuyck’s 1.60 GAA was second only to Philipp Grubauer as far as first-round performances. His SV% currently leads the playoffs, even though Grubauer was strong in Game 1 against Vegas.

The Jets aren’t lacking talent by any means. Guys like Blake Wheeler, Mark Scheifele, and Kyle Connor all filled up the stat sheet in the series. It’s just that the Jets really lack depth, particularly up front and don’t really get a whole lot of secondary scoring across the board.

The question with the Canadiens here is just how much is left in the gas tank after such an emotional and demanding comeback against the Maple Leafs. Are they going to be good to go within 48 hours of that win? On the other side, the Jets have been sitting idle for over a week. It does seem like the early money is underestimating the fact that Montreal was a better 5-v-5 team than Winnipeg. Price is playing well.

I think it’s worth the shot on Montreal in Game 1 to go against the line movement here.