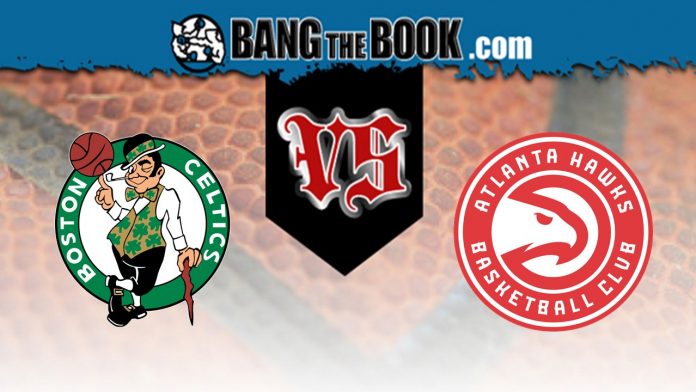 The Celtics won big over the Philadelphia 76ers in their last matchup, 116-95, comfortably covering as 2-point favorites. Jaylen Brown was the top scorer from either team with 32 points on 13-for-23 shooting. Boston played a nearly perfect game. They had a superb turnover percentage of 9.3 (better than their season average of 11.7) and a free throw rate of 0.400 (above their season average of 0.199). Philadelphia recorded marks of 12.5 and 0.310, respectively, for those same stats. The two teams combined to put up 211 points, which was just over the O/U total of 210.5.

The last time the Hawks were in action, they were thoroughly outplayed by the Dallas Mavericks, 123-100, and failed to cover as 4.5-point underdogs. John Collins was Atlanta’s leading scorer with 26 points on 11-for-20 shooting. Dallas made 20 of their 39 three pointers (51.3 percent). Atlanta, meanwhile, did a fantastic job of converting from the charity stripe (16-21; 76.2 percent). Combined, the two clubs scored 223 points, which finished under the O/U total of 236.

The ineffective offense of Atlanta will face off against the top-notch defense of Boston. The Hawks currently rank 30th in offensive efficiency, while the Celtics are third in defensive efficiency. The Celtics figure to have the advantage on that side of the ball.

These two teams have already met once this season. In that game, the two teams combined to score 215 points, which was under the projected point total of 224. The Celtics won 109-106, but were unable to cover as 11-point favorites. The Celtics played a nearly flawless game. They had an offensive rebounding percentage of 25.0 and a free throw rate of 0.226. The Hawks were 12.5 and 0.129, respectively, for those same stats. Brown put up a double-double in the victory with 24 points and 10 rebounds.

Boston averages 5.8 blocks per game, which ranks sixth in the NBA. Atlanta ranks 29th in blocks allowed per game (6.3).

Atlanta is 2-3 ATS with 4 overs and 1 under in its last five games.

Across its past five games, Boston is 4-1 ATS with 4 unders and 1 over.

The Hawks’ average margin of defeat in their last five games has been 7.8, down from 9.1 for the season.

Picks & Predictions for the Apple Blossom Handicap at Oaklawn Park...

Betting on the NBA Playoffs at 5Dimes Sportsbook