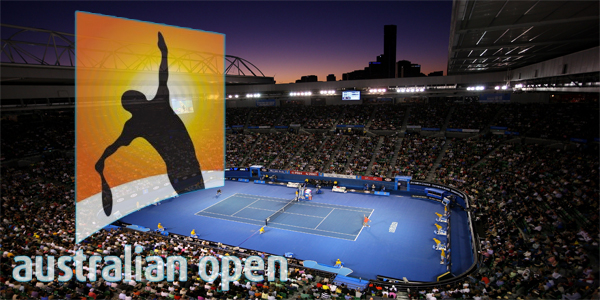 It’s the first big one of the year! The Aussie Open gets the season kicked off proper. And this year’s version is going to be a weird one. There are serious environmental issues in Australia at the moment, with rampant bushfires, and it probably means some of the play at this Aussie Open could be affected. Qualifying matches were compromised multiple times and it will be something that has to be monitored day-to-day when making your wagers.

Let’s get to the breakdown.

First things first, the Aussie Open is chalk filled when it comes to the end game. The last 14 editions of the Aussie have been won by a member of the Big Three (Djokovic, Federer, Nadal) except for noted interloper Stan Wawrinka in 2014. Additionally, the finalists have been chalk too, with the last 11 finalists all coming from the Big Four (Djokovic, Federer, Nadal, Murray) except for Marin Cilic in 2018. Murray famously has lost in the finals here FIVE times without capturing a title. Wawrinka and Cilic are notable, of course, because since Nadal first won the French in 2005, they are two of the only three non-Big Four tennis players to win a Slam. It’s been an incredible nut to crack. Just think, in the last 11 years at the Aussie… there have only been TWO occasions when one of the finalists wasn’t Djokovic, Federer, Nadal or Murray.

So, are the Big Four going to extend this hegemony? Well, Murray is not in attendance; Nadal may be coming in tired, having not competed in the doubles finale at the ATP Cup and having a reduced off-season after playing the Davis Cup in November; Djokovic has already played six pretty high-level matches (including against Medvedev, Anderson, and Nadal) in addition to two doubles matches, so could he be tiring as well, considering he also played Davis Cup in the fall?; lastly, Federer may be on his end legs in best of 5, having suffered harrowing defeats to Dimitrov, Millman, Tsitsipas, Anderson, Nadal, and most notably Djokovic in his last six Slam entries.

Nadal headlines the top quarter and if he is healthy, at +400, he should roll through this joke of a set-up. 7 of the 16 qualifiers have been placed in the top quarter with 5 of them in Nadal’s top section of the quarter. Some of the seeds in his section that he may have to face are Nick Kyrgios and Karen Khachanov. Kyrgios has only ever made five round of 16’s in Slams and two quarter-finals. The positive for NK is that all five of those deep trips were on the quicker surfaces of the Aussie and Wimbledon. If properly motivated Kyrgios is trouble for Nadal, having beaten him twice. The issue is Kyrgios is hardly ever motivated and at 25/1 there is hardly enough value to expect him to go seven matches in a row, including Nadal and then presumably, Medvedev and Djokovic. The same path is relevant for Khachanov. Despite being top 20 in the world he is too inconsistent to think he is going to be able to beat Kyrgios, Nadal, Thiem, Medvedev, Djokovic in succession. That’s maybe the toughest path imaginable.

The bottom half of the first quarter contains seeded players the likes of Dominic Thiem, Gael Monfils, Felix Auger-Aliassime and Taylor Fritz. Thiem is the big dog at 20/1 but, this price seems largely determined on his whole body of work and not his record on quicker hard courts. There is no doubt, given his success last fall that he is getting better on hard courts (and could win the US Open this year) but his track record Down Under is not stellar. He is 10–6 at the Aussie, has never been to a quarter-final and his biggest win was over a #27th ranked Adrian Mannarino. Not impressive. FAA has not looked good in limited ATP Cup action to start the year and Taylor Fritz has likewise never been past the third round of a Slam.

One person of interest in the first quarter is Gael Monfils. He would need some upsets to go his way, like Kyrgios putting out Nadal and maybe Kevin Anderson putting out Thiem (Monfils is a hilarious 2–19 combined against Nadal and Thiem). But, if the draw falls right, he would have advantages over Anderson, Khachanov or Kyrgios (he has better hard court hold/break numbers than Kyrgios the last two seasons and competes as well in tiebreaks as Kyrgios, plus he is 5–1 vs Anderson head-to-head). At 150/1 Monfils is worth a small sprinkle, like a quarter unit. There is nothing sexy about the first quarter, especially if, going in, the plan was to fade Nadal… there just isn’t a cool option to fade him with.

The second quarter is headlined by new Big Four member (at least based on his collection of titles last summer) Daniil Medvedev. He is the lastest entry, following Cilic, Anderson, Thiem, and Delpo, to the list of finalists trying to crack the Big Three/Four. (They are on a run of 12 straight Slams since Stan won the 2016 US Open). Can he do it? Well, there is a chance for at least a half step back from Medvedev to start the year. After crushing it for five months to end 2019, he was demolished at the ATP Finals and he has dropped sets to both Diego Schwartzman and Fogini in 2020, had to survive a tiebreak with Casper Ruud and ate a breadstick from Djokovic. Maybe he is the clear #4 in the world but his dominance may have to wait for indoor season in February. At 8/1 the value has been sucked out of him, especially if he has to go Nadal in the semis and Djokovic in the finals. No one has pulled that double since… that famous Stan breakthrough here in Australia in 2014. In fact, that’s the only time. Maybe it will be a sweet repeat of history if Meds breaks through the same way but, it’s doubtful. In addition to Nadal and Djoker, Meds may have to go through the aforementioned Stan Wawrinka and compatriot Andrey Rublev. Again, 8/1 seems like a depressed number.

Now, if someone can take advantage of a small Medvedev regression it could very well be Stan. He showed signs of returning to Slam pedigree last year at the French (beating Tsitsipas) and again at the US Open (beating Djokovic). His opening matches should not be daunting and he played Medvedev close at Flushing Meadows before losing in the quarter-finals. He could be seeking revenge. He’s beaten Nadal here before and if Nadal is not fully fit, Stan could be facing an easier semi-final and, of course, we know he is not intimidated by Djoker. At 66/1 this is also worth a few pennies.

The other person of interest in the second quarter is Andrey Rublev. He is on fire in 2020, winning Doha and made a deep entry in Adelaide. The big seed in his section is Alex Zverev who is having an abysmal last 12 months — the curse of the ATP Finals (see: Dimitrov). If Rublev sees a path of O’Connell-Sugita-Goffin-Verdasco-Medvedev his quarter price should be about 5/1. If it’s O’Connell-Sugita-Goffin-Zverev-Medvedev his quarter price should be 6/1. Either way, 9/1 seems value to win the quarter and with his current game, it is possible.

The third quarter is the Federer quarter. It isn’t easy to see who he is going to lose to on paper. There isn’t a tiger in the bunch. But, no one saw him losing to Tsitsipas last year, or Anderson at Wimbledon, or Millman and Dimitrov at the US Open. At 38, someone will get him. Federer has already set modern era age records but, no one since Rosewell in the 60’s and early 70’s has won or competed at this advanced age.

So, if Fed is not going to win this quarter and no one sticks out, that means this is the quarter to go looking for longshots. The two that stick out are almost side-by-side in the draw.

Fognini and Pella look like the two most attackable seeds. The players to take advantage of that, respectively, are Alexander Bublik and Gregoire Barrere. They have huge outright numbers because they obviously have to go through, presumably, Berrettini, Federer, and Djokovic. But, we’re not looking for that. We’re looking for them to make the 3rd round. There they would play each other and, hoping for a Berrettini upset, would mean there is a 300/1 or 500/1 outright into a 4th round match against a beatable opponent. They both have started out the season very well and have winnable first-round matches and, as just stated, beatable seeds in round two.

The fourth quarter is headlined by Djokovic. He is the man. Winner of four of the last six Slams and seven-time defending champion at the Aussie. Imposing. But, 100% healthy? Eight matches already in 2018. A deep run at the Davis Cup last fall, pulled out amid defeat at the last Slam he entered. Will his elbow hold up? Is there a player that can test him, even if he is healthy? That player is Stefanos Tsitsipas. Tsitsipas made inroads here last year, reaching the semi-finals, before falling, exhausted to Nadal. Presumably, his fitness is better now and he won’t be forced to go four and five sets in opening rounds (he went at least four sets in all five matches last year before meeting Nadal in the semis). Tsitsipas has beaten Djoker twice, as recently as last fall in Shanghai on a similarily fast outdoor court. He is not scared of Nadal or Federer either, having beaten both of them in the last year. He won the ATP Finals last fall, beating Meds, Zverev, Fed, and Thiem and going three tough sets with Nadal. He is nails in tiebreaks (52–37 career) and he has the perfect body type to step in, along with Medvedev and Thiem, as the heir to the Big Four. With a path of Caruso, Kohl, Milos, RBA, he’ll certainly meet Djoker in the quarter-finals. It starts here in Melbourne.

Horse Racing — Without Tiz the Law, Does the Preakness Belong...