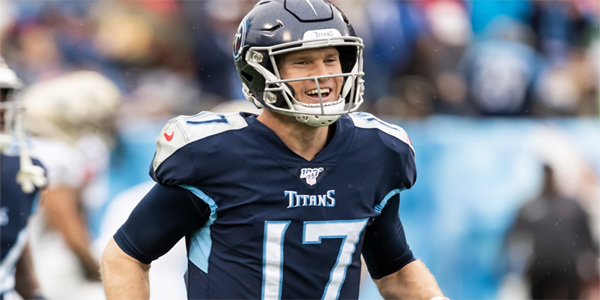 Writing this up on a day when I lost my cellphone (so don’t try calling me), I don’t really have the time or inclination to dress up a flowery intro for Sunday’s AFC Championship game between the Kansas City Chiefs and Tennessee Titans (kickoff at 3:05 PM ET at Arrowhead).

So we’ll get right down to business, if you don’t mind. First, here are the numbers, as they are posted at BetAnySports (get a break on the odds on the site with “reduced juice”). And you’ll see the Chiefs are favored:

I really don’t know if people understand it yet, but the Tennessee Titans team they are going to be watching on Sunday is not the same team that has gone 11-7 on the season, which is respectable enough; don’t get me wrong.

They are the team that is 9-3, both straight-up and against the number, since they made the move (we might say BOLD move, but it was almost mandatory) to install Ryan Tannehill, previously discarded by Miami, as the starting quarterback.

Marcus Mariota, once the #2 choice in the NFL Draft and a Heisman Trophy winner, was, well, a lot of “blah,” but at least he was not as mistake-prone as the other Heisman winner who was chosen ahead of him, Jameis Winston, who became a “30-30” guy this year (if you don’t know what that means within the present context, then maybe you don’t deserve to know).

Unlike Winston, though, Mariota didn’t really excel in getting the ball down the field. And that is one dimension Tannehill has provided. He has helped them get perhaps even more than they expected out of rookie AJ Brown, who’s averaged twenty yards a catch.

And there has been a change in tactics as well. Everybody knows about Derrick Henry by now. We talked about it last week. Playing the role of Jim Brown for the millennial set has become commonplace for him. Last week he became the first running back – and by definition, the first player, period – to rush for 180 or more yards in three consecutive games.

And the thing is, he’s done that against three of the AFC division champs (Houston, New England, Baltimore) and all on the road. He’s no secret; all three of those teams knew what was coming and put together a game plan to mitigate his level of control over the game.

Did they all fail? Well, let’s put it this way; in these two playoff games, Tannehill has had a TOTAL of 180 passing yards, but the Titans have muscled their way past two of the top teams in the NFL anyway.

And now they have a chance to pull off a Grand Slam that – and mind you, I haven’t done all the research – is most likely unprecedented, which is to beat all four division champs in four weeks in four hostile locations.

So imagine THAT, BetAnySports faithful, before talking about how “luck” somehow got them here.

We’ve got history here; when the Titans and Chiefs met on November 10, Henry dominated things, with 188 yards. Yup, he threw KC’s defensive people around like a rag doll.

Before we go any further, let’s toss a disclaimer in. In the process of not disrespecting the Chiefs’ stop unit TOO much, it’s been pointed out that they had the league’s fifth best run defense over the last six games of the season.

Of course, you know that’s in terms of yards allowed. So what? We’re looking at things from a “metrics” standpoint, where the Chiefs are 29th in rushing defense efficiency, known as “DVOA” (we’ll explain it all someday), according to the great numbers gurus at Football Outsiders. They are also 30th in “stuff rate,” which is the frequency of holding opponents to nothing or negative yardage on run plays.

And there is only one team worse than they are in defending in the open field.

So let’s explain something – there are a lot of running backs in the NFL who can get through a hole, in straight-line fashion, when you open it for them. And they can rush for 800-1000 yards if you give them enough carries. But when you have a guy like Derrick Henry, he’s going through the hole, then he’s going to break tackles (since he leads the NFL in yards after contact) and then the fun begins. Like Tom Landry famously said about Walter Payton, “you’ve got to plug the hole, and then you’ve got to plug the hole again.”

The Chiefs don’t do that enough. Thus he exploits every Kansas City weakness. There’s really no “spin” you can put on KC’s defensive performance that’s going to change that. And I’m not sure the possible presence of Chris Jones is going to make all the difference.

Furthermore, if Chiefs’ defensive coordinator Steve Spagnuolo wants to overcompensate by stacking the box, Tannehill can burn them. As we have explained a couple of times, he led all NFL passers in efficiency, yards per attempt, yards per play-action pass (very important) and in average yards per “scramble” (tie with Lamar Jackson).

When Mariota got benched, the Titans were scoring a touchdown in the red zone 53% of the time. With Tannehill, Tennessee has scored a TD on 31 of 35 trips into the red zone. That’s 88.6%. And they have been perfect in the playoffs.

And so now it’s time for some more perspective.

Going back over the last 25 years of red zone stats, no team has gotten even within ten percentage points of the efficiency of the Ryan Tannehill Titans. The closest was the 2003 Kansas City Chiefs at 77.8%. And in eleven of those seasons, no one came within TWENTY points.

So the Titans’ numbers, under Tannehill, are HISTORIC.

Undoubtedly there are fundamental advantages the Chiefs possess over Tennessee. And any team that can be down by 21 in the first quarter and then be leading at the half (first NFL team EVER to do so) deserves to be taken seriously. We discussed the Texans’ flaws last week on the subject of “value” in last week’s line. But do not confuse these over-achieving Titans with their decidedly under-achieving Houston counterparts.

The Tennessee team we are describing in the story – the one with the current guy behind center – in no way deserves to be catching seven points here. TAKE.

BetAnySports will have you ready for the title games and the Super Bowl! Whether it’s reduced juice for better odds, alternate lines, player props or team totals, you can wager on just about anything………. And after the kickoff, Sports Betting Ultra enables you to stay very much in the action……. . Open up your account using a debit or credit card, person-to-person transfer or the virtual currency of Bitcoin, which is fast and easy with their automated system, and NEVER incurs a transaction fee!