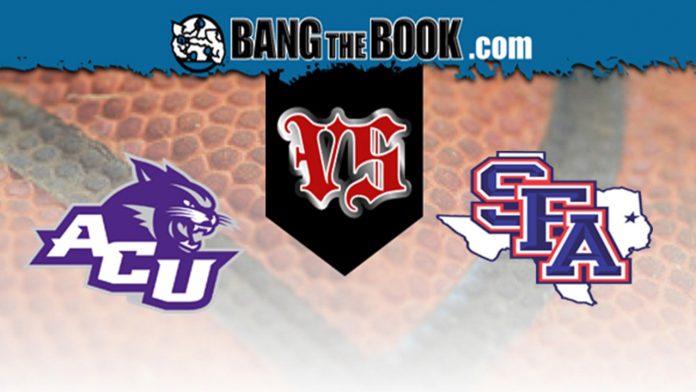 The Wildcats won a close one over the Central Arkansas Bears in their last contest, 70-69. Payten Ricks was the top scorer from either team with 24 points on 7-for-17 shooting. Abilene Christian’s turnover percentage was their biggest advantage over Central Arkansas. The Wildcats had a rate of 18.4 (worse than their season average of 16.6), while the Bears posted a mark of 25.1 (above their season average of 20.5).

This will be the first matchup of the year between these two teams, after splitting two games last season. The Wildcats won the most recent contest 72-58. The Wildcats dominated every facet of the game. They had a solid free throw rate of 0.291 and an absurd offensive rebounding percentage of 36.1. The Lumberjacks recorded marks of 0.140 and 24.3, respectively, for those same stats.

The Lumberjacks’ average margin of victory in their last five games has been 7.8, down from 14.1 for the season.