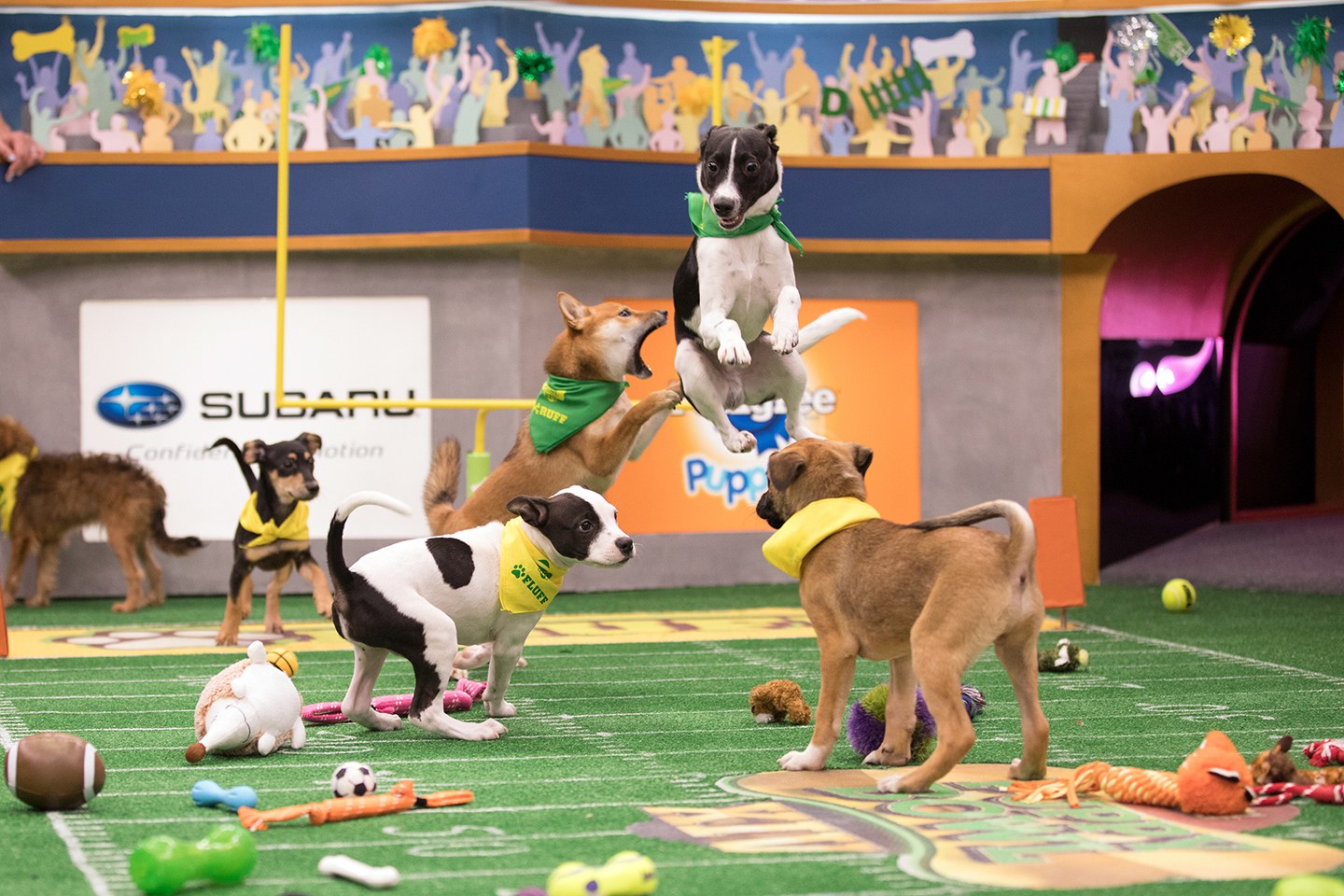 Dumb people do not run sportsbooks. They know that football fans will be quick to bet on anything and everything football-related regarding the Super Bowl. But with the Super Bowl being a social event that pulls in even non-football fans, they need something else to appeal to them.

Just in case the many football-related bets are not enough for fans, many online sportsbooks are offering a wide variety of novelty prop bets on—well, everything else.

For instance, Bovada.lv has a whole slew of prop bets available about the Puppy Bowl. The Puppy Bowl is an annual event held and broadcast by Animal Planet every year on Super Bowl Sunday featuring dogs from animal shelters playing in a model stadium with commentary.

Sound silly? It is, of course, but that’s part of its charm. Last year’s edition, Puppy Bowl XV was enjoyed by over three million viewers—which explains its appeal as a betting market:

For many of these, you are pretty much going to have to make a wild guess. Unlike the Super Bowl, there isn’t a mountain of data and trends to help you make an informed decision. There are, however, a few nuggets of information that may help.

The first letter of the name of nine of the 15 MVPs fell in the A-J range; this year’s participants have 21 within each range.

According to the Puppy Bowl Wikipedia page, at least nine of the 15 MVPs were definitely mixed breed—but just because they didn’t list a dog as mix doesn’t necessarily mean it was a purebred.

Then again, the event is filmed with dogs from animal shelters, so the likelihood of a purebred being in the game, let alone winning MVP, has to be low(there are only seven listed on the website).

It’s probably safe to assume that the younger dogs are going to be the more playful ones and will have a better shot at winning MVP. Of the 42 dogs listed on the Animal Planet’s Puppy Bowl website,18 of them are 18 weeks and older, while 24 are 17 weeks and younger.

As for the Mike Vick bet, while he was an idiot in his younger years, he seems to have enough sense about him now not to say anything about the Puppy Bowl. Since the game itself is filmed over two days, chances are the production team edits out anyone that tries to get amorous.