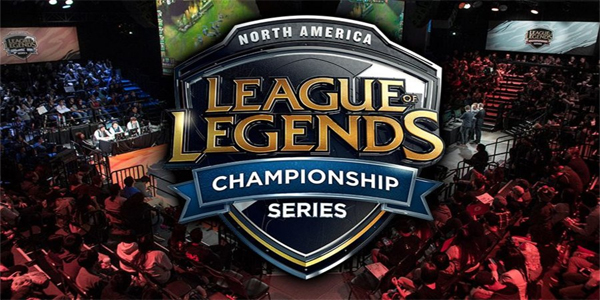 Cloud9 is out to make history. C9 is 12-0 through the first six weeks of the 2020 LCS Spring Split, and they could become the first team ever to finish a split undefeated in North America. They have been so dominant that they will lock up a first-round bye with a victory in any of their last six games, and they could lock up the regular season title this week as the next closest team is FlyQuest at 8-4.

The middle of the pack is incredibly crowded in the LCS. Seven of the ten teams are either 5-7 or 6-6, with the exceptions being C9, FlyQuest, and 2-10 Counter Logic Gaming. That will make for a wild last three weeks in the LCS, as teams look to qualify for the postseason.

We’ve seen some real growth for 100 Thieves over the course of the Spring Split. Ssumday has been superb in the top lane, carrying the team to multiple victories by his lonesome despite posting a 2.6 KDA, but the real story has been Ryoma. The mid laner was a huge question mark after coming over from the OPL, yet he has come along nicely in the last couple weeks. He has a 3.7 KDA, and he has showed off excellent skill on Orianna, Zoe, and Syndra.

Meanwhile, Dignitas have fallen off after a 3-0 start. This team has lost seven of its last nine games, and there have been real problems in the top lane and the jungle. Huni is taking too many chances in trying to carry this team to victory, while Grig has not looked sharp with a 1.9 KDA per Games of Legends. Froggen has been the most reliable member of Dignitas, but even his pocket picks won’t be enough to beat the Thieves.

The oddsmakers fully believe in Cloud9. C9 is a massive favorite over Team SoloMid even though TSM has more public support than any team in the league, and this is likely the most lopsided the League of Legends betting odds have ever been in this rivalry.

C9’s numbers are preposterous this season. Four players have a KDA of 8.0 or more, and Zven has an absurd 34.3 KDA. They didn’t lose an outer middle tower until their 12th game of the season, and they have a much better grasp of the meta than any other team in the region.

That being said, you can’t take C9 at this price. Bjergsen and Broken Blade are both very talented laners, and Kobbe is a solid AD Carry. TSM should be an underdog but not this much of an underdog, so go with TSM.

The best AD Carry in the history of North America has been benched. Liquid announced that Doublelift would be benched for the foreseeable future after going 2-0 with Tactical at AD Carry last week, so it will be interesting to see what happens with the winners of the last four split titles this week. Tactical has yet to die in competitive play with eight kills and six assists on Kalista and Miss Fortune last week, and Broxah appears to have integrated with the team at just the right time.

As for CLG, the storied organization is in tatters. They parted ways with Crown earlier in the week, and there have been no answers anywhere on the roster. Pobelter hasn’t been bad in the mid lane since replacing Crown, but something is off with this team, and they need to make wholesale changes.

It’s bottom lane or bust for Evil Geniuses. This team relies on Bang and Zeyzal to get things done, as the play at the other three positions has left something to be desired. Mid laner Jiizuke is playing with more temperance since his move to North America, but top laner Kumo has a 1.8 KDA and a kill percentage of 41.8 percent.

FlyQuest have been much better than anyone expected thanks to PowerOfEvil. He has provided an insane 36.3 percent of his team’s damage, and his ability to shine on assassins has this team all alone in second place. Others are still doubting them at this point, but I’m onboard.