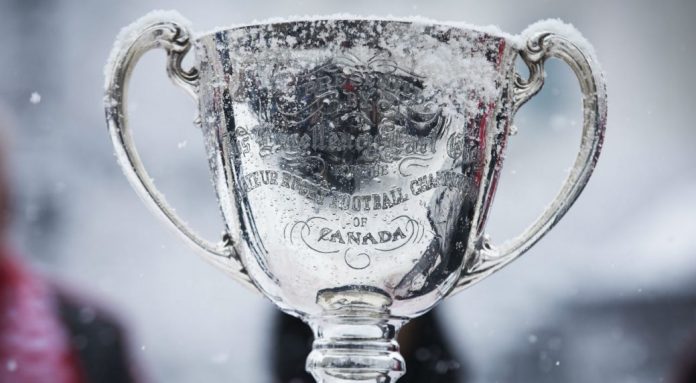 We’ll take one final look at the CFL championship odds, as the playoffs begin on Sunday with two games and then we moved directly to the conference championships and finally, the Grey Cup. There aren’t any surprises heading into the final five games of the CFL season but we did see a bit of movement in the last week, as the last couple of playoff seedings were solidified.

These are the odds from 5Dimes as of Nov. 7

Hamilton Tiger-Cats +200
You have to give the Tiger-Cats some credit, as many people wrote them off after the season-ending injury to Jeremiah Masoli, but Dane Evans has done a decent job since assuming the controls of the Hamilton offense. Of course, having the best defense in the league has taken a lot of pressure off him. The Tiger-Cats have the first-round bye and will await the winner of the Montreal vs. Edmonton contest.

Saskatchewan Roughriders +275
The Roughriders did what they needed to do to earn the first-round bye and will get the winner of the Winnipeg vs. Calgary game at home next week. Cody Fajardo is playing well, but would be awfully tough to take him over Bo Levi Mitchell in the finals.

Calgary +380
The Stampeders defeated British Columbia last week to get home field advantage against Winnipeg, although they did have the opportunity to capture the No. 1 seed until they were upset by the Blue Bombers a couple of weeks ago. Calgary definitely offers better value at +380 than the Roughriders do at +275. Bo Levi Mitchell is playing well since returning from an injury that saw him miss seven games and has averaged 326 passing yards per game since then.

Winnipeg +700
My early season pick to win it all, the Blue Bombers desperately miss Matt Nichols at quarterback. They’ve managed to win with Chris Streveler at quarterback, but that says more about the defense than it does Streveler, who is a good runner, but not that great of a passer. The Bombers and Calgary have had a habit of playing close games, however, and it’s hard to discount them completely.

Edmonton +900
A little surprising to see Edmonton listed here, as they’re small underdogs to Montreal this week, but it doesn’t make a huge difference whether you’re +900 or +1000, as either team is going to be a decided underdog at Hamilton next week. Trevor Harris is solid at quarterback.

Montreal +1000
Montreal is a decent story after being completely dismal last year with a 5-13 record to going 10-8 this season. Vernon Adams has been a big reason for that improvement and he has the Alouettes believing in themselves.

Using the Kelly Criterion to Manage Your DFS Bankroll