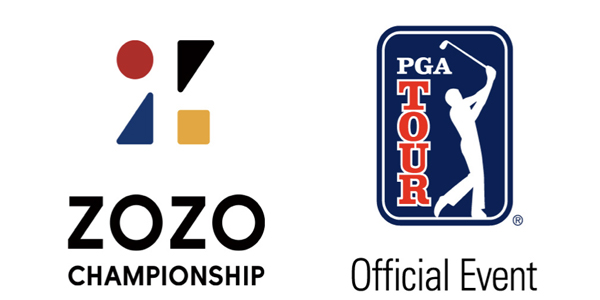 The ZOZO Championship has moved stateside, much like last week’s CJ Cup at Shadow Creek. The players will take on the Sherwood Country Club in Lake Sherwood, California for what is just the second installment of this event. Last year’s tournament was won by Tiger Woods at Narashino Country Club in Japan. Now, Tiger will head to a course that he knows well and has won at before.

This year’s event is only sanctioned by the PGA Tour and the prize purse has been cut from $9.75 million to $8 million and the first-place cut is down from $1.755 million to $1.44 million. Still, with no cut line, a smaller field, and a newish and exciting course, we still have a terrific field on hand.

Odds are from MyBookie Sportsbook and we’ll post them here since the field is half the size instead of waiting until the end of the article.

Dustin Johnson is still missing from his positive COVID-19 test prior to last week’s CJ Cup, but just about every other big name is on hand this week with the exception of Bryson DeChambeau, who continues to be in the lab prepping for next month’s Masters. With no cut and an elite field, it will be really tough to look down the board for some long shots this week, but we’ll do the best we can.

Jon Rahm and Xander Schauffele are co-favorites at 10/1, with Rory McIlroy and Justin Thomas close behind at 12/1. Tyrrell Hatton and Webb Simpson are strong contenders at 20/1 and so are Patrick Reed and Collin Morikawa at 22/1. Patrick Cantlay and Matthew Wolff are sitting at 28/1 and Tony Finau and Hideki Matsuyama are 30/1.

There are a lot of players in really good form, including Phil Mickelson at 70/1 coming off of his second Champions Tour win. Jason Kokrak is 40/1 after his first career PGA Tour win going 20-under with a final-round 64 at the CJ Cup.

The Sherwood Country Club hosted the World Challenge from 2000 to 2013, so some of the older, veteran players have seen this course, but a lot of guys haven’t played it much, if at all. This course in Lake Sherwood is near the Santa Monica Mountains and is a very exclusive club. A lot of members have Hollywood ties.

This is a short par 72, which brings a lot of players into play this week because it won’t be skewed towards the big hitters. It will measure around 7,100 yards and is a Jack Nicklaus design. Some of the fairway landing spots are tricky and there will be tough angles at some of the pins.

Distance control is a huge thing on this course. The green complexes range from big to small and are generally well-protected by hazards. There are elevated tee boxes and there are holes in which the wind can wreak havoc on balls hit up into the jet stream. There will also be some drivable par 4s at points. This course should be a fun challenge and a fun watch for golf fans.

Certainly Phil Mickelson has some experience here from those World Challenge events. For the most part, though, this is a younger field and the World Challenge only had 16 to 18 players while it was at Sherwood, so even most of the “older” guys that play well now weren’t in that exclusive class.

GET A 100% WELCOME BONUS TO BET GOLF AT MYBOOKIE SPORTSBOOK

In my survey of the course, this is a really challenging event to figure out. The rough is only expected to be three inches on Thursday and we’ll see how it grows from there, but it doesn’t appear overly penal. The punishing part of this course will come on really errant tee shots that go into unplayable areas or wind up getting a bad bounce to get pinned behind a tree or something like that.

In that respect, aggressive, long hitters can just look to pummel the ball as far as possible. On the other hand, guys that hit fairways and have good distance control on approach should thrive as well. The Bentgrass greens range from big to small, so putting could be big or this could be a course where you just have to be average with the flatstick.

Among the short prices, I like Tyrrell Hatton at the really short price of 20/1. He was excellent last week at Shadow Creek and has really been an excellent player for the better part of the last 18 months. He was third in SG: Tee-to-Green last week and putted well enough to finish third. He was easily first in SG: Approach. It seems like approach shots will be really important this week with the distance control required to get close on these greens. Hatton won the BMW PGA Championship and then came stateside to finish third in the CJ Cup.

This is a good week to play another European in Tommy Fleetwood as well. Fleetwood shot an opening round 77 in the CJ Cup in his return to the U.S. after playing the BMW PGA Championship and the Scottish Open. He shot 71-72-70 the rest of the way, which was only 3-under, but he got to work on some things after the ugly start. At 40/1, Fleetwood, who was 13th in the BMW PGA and second in the Scottish Open is a great ball striker.

Viktor Hovland seems to be gearing up for a win. Hovland has had some downtime recently, but he has three straight top-15 finishes and shook off an opening-round 75 to shoot 66-69-70 on the challenging Shadow Creek track last week to tie for 12th. Hovland is a great ball striker, as we know, but the putter can get him in trouble. It seems like this course is more about reaching a hole location than making a putt. That should play to Hovland’s game at 33/1. Another player in that range at 35/1, Harris English, shook off his opening-round 75 to finish 10th.

Hatton and Fleetwood make the cut this week as picks for me. I’ll be taking it easy with outrights this week and look instead to attack the matchups market because this is a big unknown of a course. I’ll hope to find ball strikers that play well on approach against guys that are maybe big off the tee, but struggle with their iron play.

The ZOZO Championship can be seen on Golf Channel Thursday through Sunday with limited coverage and also on PGA Tour Live with featured groups.