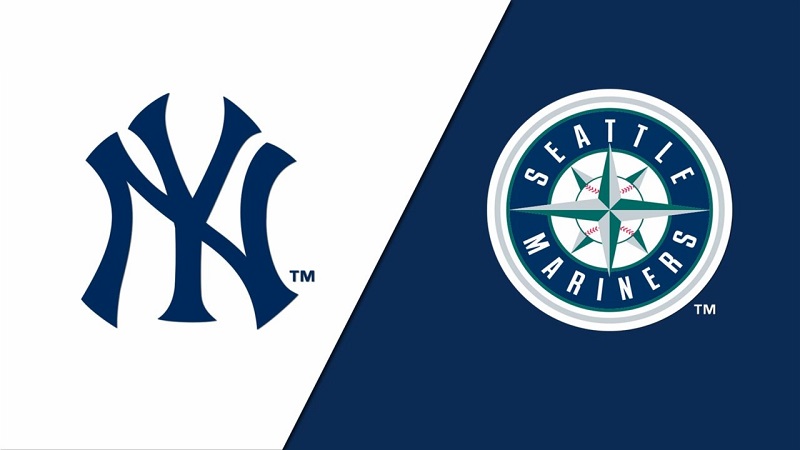 Wednesday’s MLB card features a couple of doubleheaders and there were some blanks on the overnight lines with pitching changes and other adjustments. It will be a long day on the diamond with games from 12:10 p.m. ET all the way until 10:10 p.m. ET.

One of those late games features the New York Yankees on the road against the Seattle Mariners. It will be Domingo German for the visiting favorites and Yusei Kikuchi for the host Mariners in one of the two starts after the 10 p.m. hour on the East Coast. It remains to be seen if Yankees fans will be willing to stay up and watch this one, but their Bronx Bombers are -120 at Bovada Sportsbook with a total of 8.5.

Sometimes getting away from it all can help. The New York media is relentless when it comes to sports coverage and all of the talking heads want to know what is wrong with the Yankees this season. Perhaps getting a long way away from the chatter was helpful in a 12-1 rout on Tuesday night against former Yankees farmhand Justus Sheffield.

It was big to see an offensive explosion from New York, especially in challenging hitting conditions like T-Mobile Park. It is one of the worst offensive venues in baseball, especially for a team that has had plenty of offensive struggles this season. The Yankees don’t pay any attention to details. They don’t get runners in from third. They don’t take extra bases. They don’t do a lot of things well.

But, they did a lot of things well on Tuesday and started out the road trip on a high note. We’ll see if they can carry that over. The line swung in New York’s favor last night, as the Mariners are a big regression candidate by the alternate standings metrics and the Yankees still grade better than they’ve played.

Domingo German gets the ball in this one. German has a 4.50 ERA with a 4.76 FIP on the season. He has really hit the skids recently, as he has allowed 18 runs in his last 15.1 innings of work. German’s K% has fallen dramatically and he has allowed a lot of hard contact lately that has found holes.

German should, at least in theory, be a decent fit at T-Mobile Park, given that his biggest issue this season has been the 15 home runs that he has allowed. He’s struck out 68 and walked 19 in 76 innings, but lately, he’s had all sorts of issues and also hasn’t been inducing ground balls to mitigate the mediocre command.

Why are the Mariners a regression candidate? Well, for starters, this is the league’s worst offense at home with a .286 wOBA. That number is 10 points lower than any other team. The Mariners have adopted a fly ball-heavy philosophy, which would be great if their home park factor wasn’t so bad and if the baseball hadn’t been deadened this year.

Seattle has been one of the most opportunistic offenses in baseball with runners in scoring position. The Mariners are third in wOBA with RISP and are running a league-high .344 BABIP in that split. That seems unlikely to continue. Seattle also has the best record in one-run games in baseball at 19-7. That is the most wins of any team in one-run games and makes up over 42% of their wins.

Yusei Kikuchi has a 3.18 ERA, but a 4.28 FIP, so he has some regression signs in his profile as well. Kikuchi has given up 15 HR in 93.1 innings of work. He has a .221 BABIP against because home runs are not balls in play and an 82.9% LOB%, so those are his two primary areas of concern. Given that he has a 41.5% Hard Hit%, it looks like more batted balls should find holes as we go forward here.

People are betting against the Yankees a bit here, likely due to the recent returns for German, which have not been good. There are a lot of regression signs for Kikuchi and the Mariners, but the quant crowd and the modelers that shape the MLB market are aware of all of these things.

For the Mariners to win this game in their preferred environment, a low-scoring game would be the best path to success. With that in mind, the under is the play.