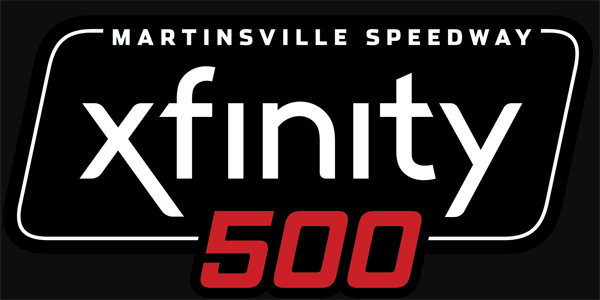 A long, frustrating Sunday that pushed all the way into Wednesday means that the NASCAR Cup Series drivers have a very quick turnaround this weekend for the Xfinity 500. The Autotrader EchoPark Automotive 500 could not be finished until Wednesday, so the drivers had a lot of time to sit around and gameplan for the end of that race and the final two races of the season.

In the end, Kyle Busch won, so nothing really changed all that dramatically with the playoff picture. It was nice to see Busch, who hadn’t won a race since last year’s finale at Homestead-Miami, get to the winner’s circle. It was also nice for Kevin Harvick as he virtually guaranteed a spot in the final race at Phoenix.

Now we set our sights on Martinsville, Speedway in Ridgeway, Virginia, where sunny skies are in the forecast for the second-to-last race of the 2020 NASCAR season.

Odds are from MyBookie Sportsbook as we sort through the contenders, the pretenders, and the playoff picture for the Xfinity 500:

Martin Truex Jr. won earlier this year at Martinsville back when NASCAR had a condensed schedule to make up for lost time during the heart of the shutdowns during the pandemic. Truex needs a win here, as he sits 16 points below the cut line because of Joey Logano’s win at Kansas in the first race in the Round of 8. He won this race last year on the Half Mile of Mayhem.

Denny Hamlin, second to Jimmie Johnson with five career wins, is obviously up near the top of the board again. This is one of Kevin Harvick’s worst racetracks, so he’ll have his sights set on next week’s championship race at one of his best.

It’s pretty simple this week. Kevin Harvick is in. He has 4,137 points and barring a complete and utter disaster that seems mathematically impossible, he’ll be in the Final Four.

After that, Denny Hamlin has 4,122 points. Brad Keselowski has 4,120. Martin Truex Jr. has 4,104. Alex Bowman and Chase Elliott each have 4,095. Kurt Busch is eliminated unless he wins this race. He has two wins in 40 starts at Martinsville.

Joey Logano got the Golden Ticket to the final with a win at Kansas, so he took a playoff spot from one of the top four in points. Because this is one of Hamlin’s strongest tracks, we can probably pencil him in for a good finish and a good spot, but he has finished outside the top 10 in six of the eight playoff races thus far.

There are a lot of nicknames for Martinsville Speedway. The Paperclip is one of them because the track is shaped like a paperclip. The .526-mile asphalt and concrete oval is one of the shortest tracks on the NASCAR circuit. It is the only track on the calendar with asphalt straightaways and concrete turns. Tire wear is always important here.

Racing actually began here in 1949 when Red Byron took his Oldsmobile across the finish line first. This has been a twice-a-year stop for NASCAR and its previous names ever since 1950 and the pandemic will not end that streak.

November 1 will be tied for the latest starting date for this week. Jeff Gordon won on November 1 back in 2015.

Average speeds in the fall are slower than those in the spring. The last three races have averaged around 75 mph. It is hard to open the car up too much with the small straightaways.

Most of the notable NASCAR drivers have at least 20 starts here. Jimmie Johnson’s nine wins are far and away the most, but his last win here came in 2016. Denny Hamlin has five wins, but he hasn’t done donuts here since 2015.

This has been a strong track for last week’s winner, Kyle Busch. He has 16 top-five finishes in his 30 starts. Only Johnson has more with 19 in 37 races. Hamlin has 15 in his 29 races. Busch only has two wins to Hamlin’s five, but he’s been a contender more often than not here.

If we look specifically at the last 10 races instead of the full body of work for each driver, we get a clearer picture. Busch and Keselowski each have eight top-five finishes in that span. In face, Busch, Keselowski, and Truex have averaged a finish in the top seven in that span.

Joey Logano has a win and three top-five finishes. The only Chevy driver with a win in the last 10 starts is Jimmie Johnson, so you’ll want to fade Chevy in matchups this week. That could mean bad things for Chase Elliott in his quest to sneak into the postseason. It definitely means bad things for Alex Bowman, who has not run well in six starts here.

This could very well be a win or go home race for Martin Truex Jr. He’s got a depressed price at this track, so we’re paying a premium, but it only makes sense to look in his direction. Joey Logano will likely be aggressive here to pick up another paycheck. He’s got four top-three finishes and led the most laps at Talladega out of the eight playoff races. He’s had a great car and this track has favored Ford of late.

I’d also fade Kevin Harvick here. Harvick doesn’t need a win. I think the plan here is to stay away from danger and be in a good spot next week on arguably his most successful track. He’s a good fade in matchups and I’d even look at props for him to finish outside the top five and the top 10.