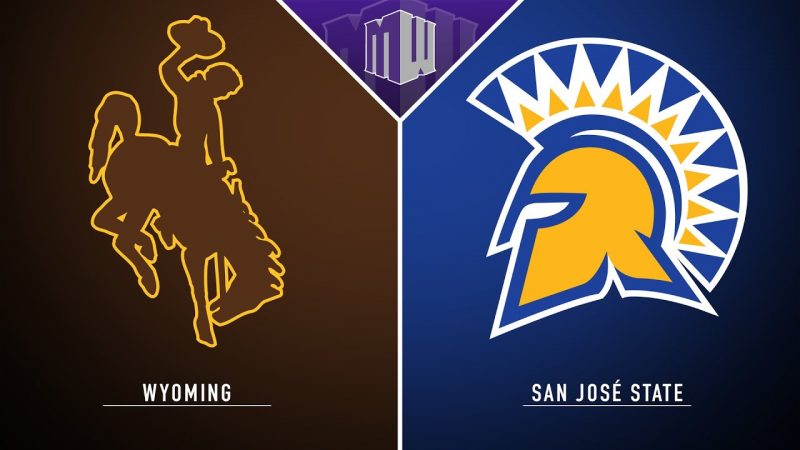 The Wyoming Cowboys head to CEFCU Stadium in San Jose, California, to take on the San Jose State Spartans in Week 9 of the 2021 college football season, so we bring you the best CFB betting pick and odds for Saturday, October 30.

These two Mountain West Conference foes meet for the first time since 2018, and San Jose State has won three of their previous four head-to-head duels. The Spartans are listed as 3-point home favorites for this one, while the Cowboys are +125 moneyline dogs with a total of 41.0 points on BetOnline Sportsbook.

The Wyoming Cowboys (4-3; 1-5-1 ATS) got their bye in Week 5. They were 4-0 and everything looked rosy, but since then, it’s been a bumpy road for the Cowboys, who’s gone 0-3 SU and ATS over their previous three outings.

During their losing streak, the Cowboys have scored only 17 points in total. After a 24-14 defeat at Air Force, they’ve suffered a pair of home losses to Fresno State 17-0 and New Mexico 14-3. While they were listed as 3-point dogs against the Bulldogs, the Cowboys were massive 20-point favorites against the Lobos.

Sophomore QB Sean Chambers has completed just 40.5 percent of his passing attempts for 350 yards and a TD over the last three games. He’ll move to the bench Saturday against the Spartans, while freshman Levi Williams will get his first starting call. In his first two appearances off the bench, Williams has gone 4-of-14 for 83 yards and an interception.

The San Jose State Spartans (4-4; 3-5 ATS) snapped their two-game skid last Thursday, outlasting the UNLV Rebels 27-20 as six-point road favorites. They overcame a 14-point first-half deficit and grabbed a win thanks to 14 unanswered points in the fourth quarter.

Nick Nash scored the winning TD on his own, and sophomore signal-caller finished with 17 carries for 121 yards and one score. He also completed 17 of his 28 pass attempts for 213 yards. The Spartans dominated the Rebels on the ground and posted 216 yards on 33 totes (6.5 yards per rush).

Nash started the season as a backup, but he got the starting call in Week 5 victory over New Mexico State. The Spartans are 2-2 with Nash under center, scoring 22.7 points per game in the process and yielding 25.5 in a return.

The Cowboys’ offense has been horrible over the last three weeks, so with three points on the table, I have to take the favorites. Levi Williams shouldn’t be a game-changer for Wyoming, while the Spartans’ offense has shown some improvements with Nick Nash under center.

Both teams are capable of playing tough defense and should struggle to move the ball against each other. Wyoming held Fresno State to only 259 total yards, while San Jose State limited San Diego State to 240 total yards in a 19-13 double-overtime loss in Week 7.

The 41-point line makes this wager a bit tricky, but the under is a logical choice given the Cowboys’ offensive woes. Wyoming has scored a paltry 17 points in its last three games, but the Cowboys have also allowed only 55 points in that stretch. They are conceding just 21.1 points per game this season (tied-39th in the nation), while the Spartans are 51st with 22.8 points allowed per contest.

The total has gone under in Wyoming’s last seven showings as an out-of-towner. On the other side, the under is 10-4 in the Spartans’ last 14 games overall, though three of their last four tilts have gone in the over.