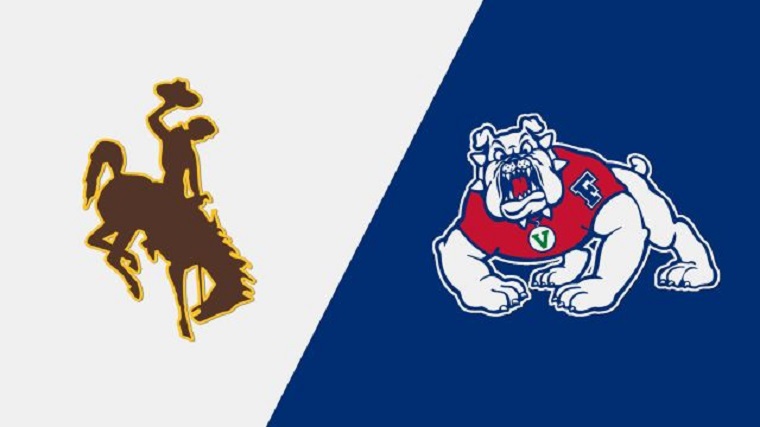 The 2021-22 college basketball season continues Sunday, February 6, with 16 games around the country, including the Mountain West Conference battle at Save Mart Center in Fresno, California, so we have prepared the best Wyoming vs. Fresno State betting pick and odds.

Wyoming meets Fresno State for the first time this term. The Bulldogs have won five of their last six encounters with the Cowboys, but they’ve covered only twice in that span. Fresno State is a 3-point home fave this time around, while the totals are listed at 128.5 points on BetOnline Sportsbook.

The Cowboys shoot for their fourth straight W

The Wyoming Cowboys improved to 18-3 straight up and 12-7-1 ATS on the season following a 72-65 win to the Boise State Broncos this past Thursday. Playing as small 1-point home favorites, the Cowboys recorded their third consecutive victory and ninth in their last ten outings at any location.

Wyoming is now 7-1 in the conference play. The Cowboys sit at the second spot of the MWC standings, trailing the top-seeded Boise State by half a game. They are No. 31 in the latest NCAA NET Rankings and No. 48 in the KenPom rankings.

The Fresno State Bulldogs (16-6; 14-6-1 ATS) are coming off a nice 73-56 home victory to the Nevada Wolf Pack this past Friday. It was their second win in a row and sixth in their last eight showings at any location. Also, the Bulldogs covered for the second straight contest, playing as 10-point home favorites.

Fresno State is now sitting at the fourth spot of the Mountain West Conference standings with a 6-3 record, a couple of games behind the No. 1 seed. The Bulldogs are No. 56 in the NCAA NET Rankings and No. 41 in the KenPom rankings.

The clash between the Cowboys and Bulldogs should be a dramatic one. It’s hard to separate these two foes even though they have a completely different approach. I lean the hosts because of their defense, but the Cowboys are a resilient team that could easily come out on top in this one.

At least, both teams play at a slow pace. The Bulldogs possess height and length to compete with the Cowboys’ prolific offense, and the hosts will look to attack the rim all night long, as Wyoming ranks 332nd in the nation in blocks per game (2.0). Orlando Robinson will be a key guy for the Bulldogs in this matchup.

While the Cowboys average 66.4 possessions per 40 minutes (234th in the country), the Bulldogs record only 61.3 (356th). Fresno State plays at the third-slowest pace in the nation, so I have to take the under on the totals.

The Bulldogs know they have to slow down Wyoming as much as they can. The Cowboys are a better offensive team in this encounter, but they will be forced into a lot of tough shots against one of the most aggressive defensive units in the country.