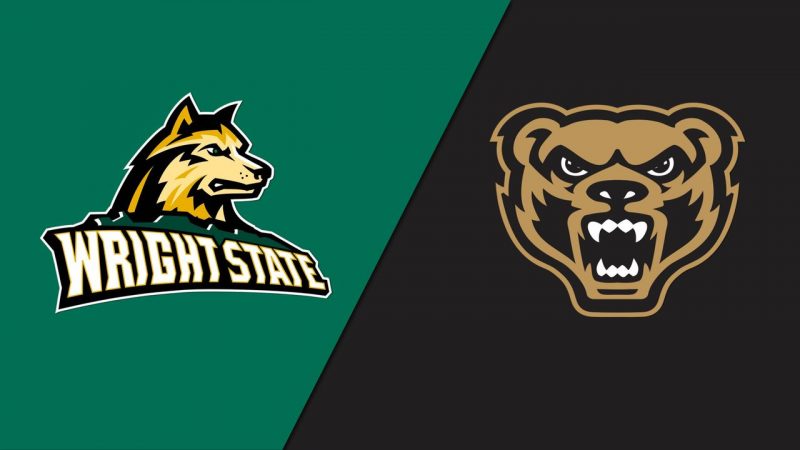 According to BetOnline Sportsbook, Oakland is a 4-point home favorite with a total of 148.0 points. The Golden Grizzlies seek revenge for a 75-64 defeat at the Raiders on February 5.

The Wright State Raiders fell to 15-12 straight up and 10-16 ATS on the season following a 75-71 defeat to Northern Kentucky this past Sunday. It was their second loss in a row, as the Raiders upset their fans as 6-point home favorites.

Wright State trailed the Norse by double digits for most of the game. The Raiders made only 37.3% of their field goals, while junior forward Grant Basile led the way with 25 points on 9-for-15 shooting from the field. Basile, who’s averaging 17.8 points and 8.7 rebounds per game, also had nine boards, a couple of steals, and a block.

The Oakland Golden Grizzlies (18-8; 13-11 ATS) are coming off a comfortable 75-59 victory to Detroit Mercy this past Sunday. The Grizzlies recorded their second straight win and easily covered a 7.5-point spread to put an end to their seven-game ATS losing streak.

Oakland erased a 15-point first-half deficit, limiting the Titans to 33.9% shooting from the field. Senior forward Jamal Cain went off for 32 points and 12 rebounds, while junior guard Jalen Moore posted a double-double of 13 points and 11 assists.

The Golden Grizzlies are now laying at the second spot of the Horizon League standings, one game off the top-seeded Cleveland State. They score 104.2 points per 100 possessions (146th) and allow 101.8 to their opponents (150th). Oakland is No. 141 in the KenPom rankings and No. 131 in the NCAA NET Rankings.

The Raiders have owned the Golden Grizzlies over the last few years, going 9-1 SU and ATS in their previous ten encounters. Oakland blew an 8-point second-half lead in that 75-64 defeat at Wright State a couple of weeks ago, as the Grizzlies scored only five points in the final seven minutes.

The Golden Grizzlies hold a slight edge on the defensive end in this matchup, but the Raiders should have enough depth to keep it close for all 40 minutes. It’s a tough wager, especially with just four points on the table.

Both Oakland and Wright State play at a steady pace. The Golden Grizzlies record 68.4 possessions per 40 minutes (123rd in the nation), while the Raiders register 69.5 (75th). They could combine for more than 148 points, but I would ride the betting trends and take the under.

The previous three meetings between Wright State and Oakland have gone under the total. Also, the under is 6-2 in Wright State’s last eight games overall and 3-1 in Oakland’s previous four.