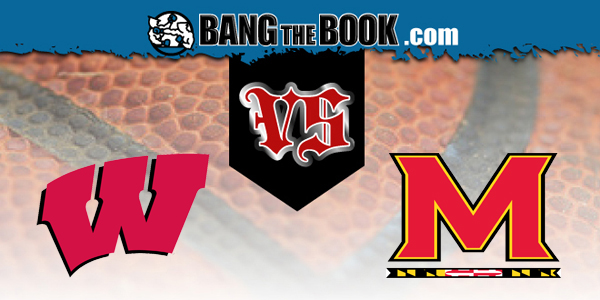 When the Wisconsin Badgers hit the floor tonight against the Maryland Terrapins, it will be with a bitter memory, not just of their last game, which was a disappointing loss to Ohio State, but their previous meeting with the Terps, who almost ran them off the floor in the second half back in Madison.

Now they will meet again in Big Ten action, this time at College Park.

If you are a BetAnySports customer, you can place wagers in real time when you access what is available through Sports Betting Prime.

Wisconsin had an awful experience against Ohio State, making just seven out of 28 attempts from beyond the three-point line. It seems as if, judging from his postgame comments, coach Greg Gard tried to write this off, professing that his team just missed a lot of open shots.

That’s not really a good thing, and whereas the Badgers seemed to be very accurate during their non-conference schedule, they have turned into something very ordinary from long range since Big Ten play began. When you are shooting just 33.7% from downtown, you are actually below the national average. When you add to that the fact that Wisconsin, as a team, is just 48% from inside the arc, and does not make a habit of going to the free throw line, then you really have some problems to deal with.

It’s not so much that we like Maryland as a team; frankly, they haven’t done anything truly extraordinary this season. And their last victory, coming by way of a 63 – 49 score over Minnesota, was against a foe we have our doubts about.

But there was definitely something that coach Mark Turgeon did in the second half of their December 28th game that made a huge difference – enough that it ended a 15-game home winning streak for the Badgers. As it is, Maryland likes to put out a relatively position -less team, where all the starters are between 6 – 5 and 6 – 7. So everybody is a ball handler. That’s tough enough to sit back and play defense against, but Maryland went a little smaller, and beat Wisconsin’s bigger lineup in the area of quickness.

The result was that the Terrapins were out hustling Wisconsin on the boards and shot 64% in the second half of play, with the result a 70 – 64 victory.

Now we are looking at this in a little bit of a different perspective. Where we were seeing Wisconsin’s shooting results and saying “oh they must have gotten cold in this game,” now we’re thinking that they have to actually get hotter than usual in order to light up the scoreboard enough.

No one is going to dispute Wisconsin’s ability to defend; they are indeed the seventh-ranked team in the country in Adjusted Defensive Efficiency, at least according to the metrics that we find at the reliable KenPom site. But matchups can be everything in basketball, and when your six-foot guard (in this case D’mitrik Trice) is your best shooter from two-point range, at least in that previous meeting, you are looking at a team that may have matchup difficulty that is too difficult to solve. That’s why we are taking the points with Maryland, an admittedly flawed team, but one that can certainly go toe-to-toe with Wisconsin at this stage.

BetAnySports offers you some of the best deals in all of college hoops, including reduced juice and the ability to place wagers in real time during the action with Sports Betting Prime….. Don’t forget that you can open up your account in a number of different ways, including your debit card, credit card, person-to-person transfers and the virtual currency of Bitcoin, which is fast and easy with their automated system, and NEVER enters a transaction fee!