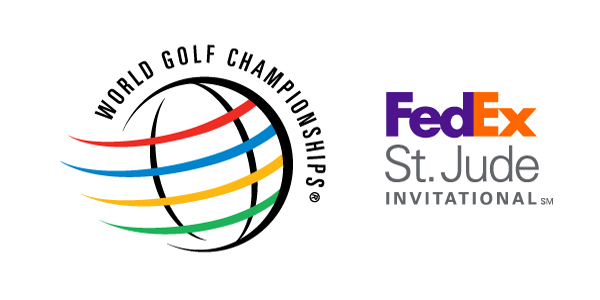 A few weeks ago, we had the best field ever for a regular season full-field PGA Tour event. This is not a full-field event, but we have a stellar field on hand for the WGC-FedEx St. Jude Invitational at TPC Southwind. This used to be reserved for the Bridgestone Invitational in Ohio, but this WGC event is now in Memphis, Tennessee.

This field is incredible. First place in the FedEx Cup standings is on the line and 45 of the top 50 in the Official World Golf Ranking are on hands. There are 550 FedEx Cup points to the winner and, perhaps most importantly for these guys, a prize pool of $10.5 million. We saw a lot of reduced prize pools in horse races, but we have not really seen the same with golf tournaments and certainly not the big ones.

Let’s break down this year’s WGC-FedEx St. Jude Invitational field and find some plays, props, and matchups. Odds are from MyBookie Sportsbook and are listed below the article.

The field should be great because this field is cut down due to the event’s invitational status. The field is virtually cut in half because of the criteria to gain entry. The top 50 of the OWGR is one criteria, which is why so many of those guys are present. Winners from the PGA Tour of Australasia, Sunshine Tour, Asian Tour, and Japan Golf Tour also gain entry. So, too, do playing members of the Ryder Cup or Presidents Cup. Past tournament winners from top events also get in.

This is a who’s who of golf in a lot of ways when it comes to these WGC events. That is why they are for more points and more money. That why the last few winners of this event, including its days as the WGC-Bridgestone, are names like Koepka, Thomas, Matsuyama, Johnson, McIlroy, and Woods.

We basically have to look at two events to get a good course profile here. The FedEx St. Jude Classic was played from 1989-2018. The WGC event was a first-time thing last year. Interestingly, with the metrics at DataGolf, we see that putting and play off of the tee were more important in last year’s WGC event than they were in the previous tournaments at TPC Southwind.

Having a well-rounded game is still very important, especially in the ball-striking metrics, but we may have to focus a little more on putting this week than we have in previous weeks. Play off the tee will also be really big. For example, Brooks Koepka won last year and didn’t scramble or hit his irons well, but putted extremely well. Webb Simpson was better on approach and strong on the greens, but also didn’t play well off the tee.

On the flip side, Tommy Fleetwood and Rory McIlroy had shortcomings in their games, but were second and third in SG: OTT. Both finished T-4th. This course requires a lot of different skills when set up for a WGC event.

The putting surfaces are really big here, which is why SG: Putting was such a major component last year. There are a lot of ridges and false fronts to some of these putting surfaces. Several greens are protected by water. The drivable holes are mostly open, so balls won’t get lost, but pin angles can be challenging if you don’t place your drive correctly.

Our horse for course section focused on the guys that have played well here before to see how they stack up. Dustin Johnson (+2500) is a two-time winner at TPC Southwind, with his first win in 2012 and his second win in 2018. He finished 20th in the WGC event last year. DJ has not played well the last two weeks to say the least and even withdrew last week from the 3M Open.

Daniel Berger (+2800) won the St. Jude Classic back-to-back years in 2016 and 2017. He missed the cut in 2018 and then didn’t play the WGC event last year. He missed the cut in his last PGA Tour event at the Memorial, the only one he has played since finishing first in the Charles Schwab Challenge and then third the next week at the RBC Heritage.

Based on recent form, Koepka is +3300, which is a big number for a guy who has six straight made cuts here, including a win last year, a second in 2016 and a third in 2015. Koepka was seventh at the RBC Heritage, but has missed two cuts and finished 62nd over his last three tournaments.

Webb Simpson (+2200) was the runner-up here last year and was third in 2014. He hasn’t played this course much, but he’ll play it every year as a WGC event now. Similarly, Jon Rahm, the +1100 favorite this week, was seventh last year in his first career start at TPC Southwind. Rory McIlroy (+1200) also doesn’t play here much, but was fourth last year and seventh in his only other recent start in 2012. Marc Leishman (+6000) was third last year in his only start.

As far as guys with some more extensive experience here, Phil Mickelson has played here every year since 2013 and has six top-15 finishes. Lefty isn’t in great form, but he’s made three straight cuts and has a big price at +11000.

Billy Horschel has a depressed price at +4500 because he’s got five top-10 finishes on this course since 2013, including a ninth last year with the tougher setup. Ian Poulter was eighth last year and sixth back in 2014. He’s +8000.

A lot of guys just don’t have a lot of play here. Many teed up here for the first time last year because of the WGC status. Others ended a long period between starts here. So, we’ll have to rely on the stats.

As far as the Course History Index from DataGolf, DJ is the best player at this course. Phil is actually second. It would be hard to take either of those guys, though.

Looking back at the last few events, we can start to look at guys that are playing well, namely those reading the putts well and playing well off the tee, since those are the two metrics that were of greater importance than usual in this event last year.

That brings me to Xander Schauffele. Schauffele is my favorite short price at +2200. He was great off the tee in the Memorial. He didn’t putt well and got buried early with an opening-round 78, but he still not only made the cut, but took a run at a top-10 finish. He tied for 13th. He found something over the other 54 holes and finished 1-over. He played well in the Workday Charity Open with a T-14 finish in which he was ninth in SG: Putting. Put it all together and he’s right there.

BET ON XANDER SCHAUFFELE TO WIN THIS WEEK

Statistically, Matthew Wolff at +8000 looks pretty good, too. Wolff was T-12th last week at the 3M Open and putted very well. He wasn’t great off the tee like usual, but he was good on the greens and good enough on approach to hang around. He was sixth in SG: OTT at the Memorial on a much tougher course.

Length off the tee has been pretty important here and Wolff can really put it out there. Just ask last year’s winner in Koepka. Wolff also has three top-25 finishes in his last four events.

The increased importance on putting may cause people to leave off Hideki Matsuyama, Viktor Hovland, and money-burner Corey Conners, who always grades well in ball-striking, but poorly in putting. This might be the week to try fading some of those guys.

The picks for this week are Schauffele at +2200 and Wolff at +8000. The likelihood of a short price like Thomas or DeChambeau winning this week is pretty high, so I’d attack this more with some matchups and props as more of those get posted throughout the week.