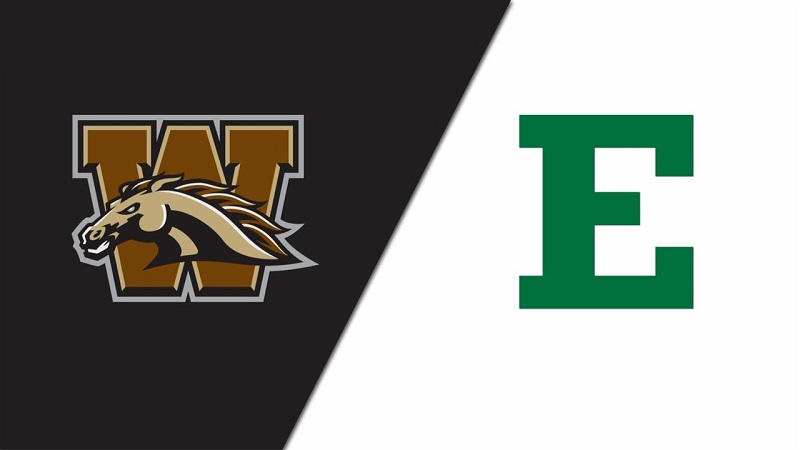 The 2021 CFB season is heating up with Week 12 matchups on Tuesday, November 16, so we’re breaking down the Mid-American Conference showdown at Rynearson Stadium in Ypsilanti, MI to get you the best Western Michigan vs. Eastern Michigan betting pick and odds.

According to MyBookie Sportsbook, the Broncos are 5.5-point home favorites with a total of 66.0 points, while the Eagles are listed as +176 moneyline underdogs. The stake is huge for both teams, so let’s take a closer look.

Western Kentucky entered their contest against Akron as decided favorites at 26.0-points, but squeaked out a five point victory. That moved the Broncos to 6-4 on the season and they are 4-5-1 ATS, including going 1-4 ATS over their last five games.

While a victory is always a positive, allowing Akron to score 26 points in the second half is not in the script for the Broncos. The Zips had actually taken the lead on a 39-yard field goal, but Kaleb Eleby connected with Cory Crooms for a 45 yard touchdown to provide the margin of victory. Sean Tyler had a big day on the ground, rushing for 147 yards and a touchdown on just 16 carries. Eleby completed 12 of 20 passes for 217 yards and two TDs.

While Western Michigan is averaging 30.7 points per game, they are giving up 30.0 points per contest. Time of possession has been a big deal for the Broncos, averaging 35:33 per game. However, they must be more careful with the ball, giving up eight fumbles and throwing four interceptions. Should the combination of Tyler (837 yards rushing) and La’Darius Jefferson (680, 10 TDs) have a big day, Western Michigan should roll.

Eastern Michigan entered as a six-point underdog against Ohio, but fell by eight points. The Eagles are now 6-4, and have gone 4-6-0 ATS. The loss snapped a two-game winning streak for Eastern Michigan as the Bobcats took a 14-7 first quarter lead and never looked back. Ben Bryant had a big evening, completing 41 of 57 passes for 354 yards, but just one touchdown. Tanner Knue was his primary target, making 11 catches for 127 yards.

The defense had a tough day against Ohio, giving up 495 yards of total offense, including 265 yards on the ground. The Eagles were unable to get any pressure on the Ohio quarterback, recording no sacks and no turnovers. Terry Myrick led the team with 11 tackles.

This is a team averaging 34.0 points per game while allowing 28.2 per contest. They must win through the air, as they are averaging 115.6 yards rushing per game and just 3.3 yards per carry. That puts the pressure on the shoulders of Bryant, who has completed 69.8% of his passes for 2544 yards, but just 14 touchdowns. He must be a little more efficient in this game to help his team win.

I do agree that Western Michigan has a slightly better offense, especially because it is a little more versatile. They can turn to Jefferson and Tyler and expect them to eat up large chunks of yards. After all, the duo is combining to average nearly 150 yards per game.

However, I will take Eastern Michigan and the points. The Eagles have won the last two meetings between these teams and have done so by simply outscoring the Broncos. I expect a close contest, and I’ll take the 5.5 points.

Last season, these teams combined for 95 points, the highest scoring battle between the two in the last 10 years. It was an epic contest that saw Eastern Michigan pull off a huge upset, as Western Michigan was favored by 13.5-points in the game. The total of that contest was set at 67.5, but they easily eclipsed that number.

This season you have two of the better scoring offenses in college football, averaging nearly 65.0 points per game combined. You also have two defenses ranked in the bottom half of the country, including Western Michigan giving up 30.0 points per game. The over looks like a lock here.