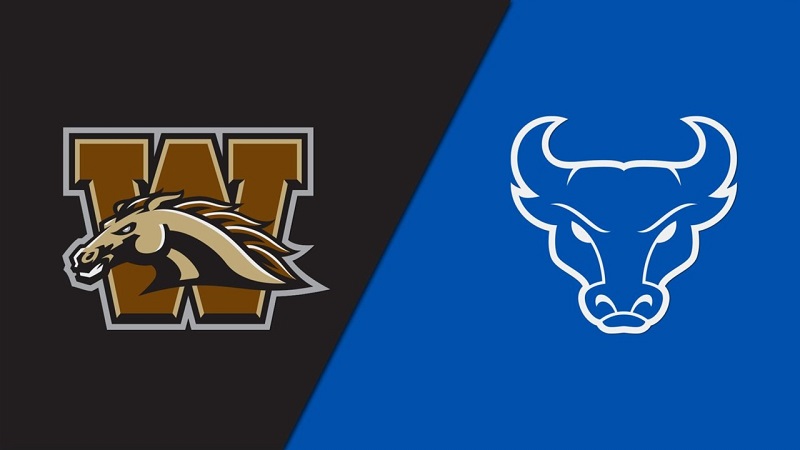 Another thrilling Saturday college football is upon us, as Week 5 brings a ton of intriguing picks and markets to choose from, so we have prepared the best Western Michigan vs. Buffalo betting pick and odds.

These two Mid-American Conference foes meet each other for the first time since 2017, and the Broncos are listed as 6.5-point road favorites on BetDSI Sportsbook. The Bulls are +200 moneyline dogs, while the totals sit at 59.5 points.

Western Michigan aims for its fourth win in a row

On the other side of the ball, the Broncos racked up 147 rushing yards on 43 carries. Sophomore QB Kaleb Eleby completed 17 of his 28 passing attempts for 200 yards and a couple of touchdowns, while sophomore wideout Skyy Moore had nine catches for 95 yards.

The Buffalo Bulls (2-2; 2-2 ATS) visited Old Dominion last Saturday and barely outlasted the Monarchs as 13-point road favorites, 35-34. The Bulls failed to score in the second half and won the game thanks to Old Dominion’s missed PAT with 19 seconds left on the clock.

At least, the Bulls stopped a two-game slide, coming off a tough 28-25 defeat to the No. 16 Coastal Carolina. They racked up only 297 total yards against Old Dominion while surrendering 433 in a return. The Bulls kept the ball in possession for nearly 38 minutes, but their offense was awful since halftime.

Senior QB Kyle Vantrease tossed for 191 yards and a TD in Week 4. He’s tallied 792 yards, three touchdowns, and an interception so far this season, as the Bulls have relied on their ground game a lot. Buffalo is posting 203.8 rushing yards per game (32nd in the country) and 5.7 per carry (13th).

The Bulls gave everything they have in Week 3 and still suffered a loss to Coastal Carolina which is probably the reason why they struggled so much last weekend. I’m expecting the Bulls to improve in Week 5 and put on a fight against the Broncos who have impressed thus far this term.

This will be a proper test for Western Michigan’s run D that’s allowing just 124.5 yards per game. The Bulls lean on their rushing and will look to carry the ball as much as they can. Their defense will be a problem, but I think the Bulls will keep the ball in possession enough to keep it close and cover a 7.5-point spread in front of the home fans.

Both teams should rely on their rushing in this matchup, so I’m backing the under on the totals, expecting them to eat the clock. Also, the Broncos’ defense has been excellent thus far, while the Bulls’ secondary should be able to cope with Michigan State’s passing game.

Back in 2017, the Broncos beat the Bulls 71-68 at UB Stadium in Buffalo, but the under is 3-1 in their previous four H2H duels. Four of the Broncos’ last five games went in the under, as well as four of the Bulls’ last six outings at any location.