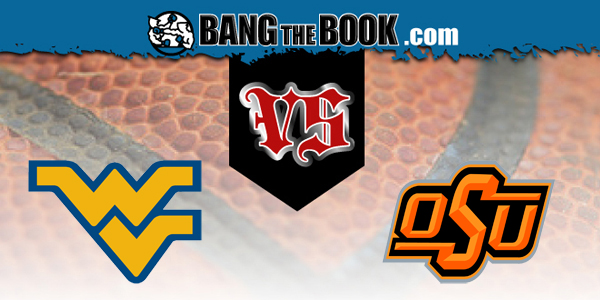 Week 17 is in the books for the NFL and with no Monday Night Football, college hoops and the NBA are the only games in town. The college card is a little bit watered-down coming out of a busy weekend, as you’ll have to handicap some lesser-known teams from the Big South and MEAC.

There are a few big-name programs in action and we’ll spotlight one of those games with a look at West Virginia on the road against Oklahoma State in the Big 12. The Mountaineers are -1 at Bookmaker Sportsbook with a total of 142 for this ESPN2 matchup. Deposit now at Bookmaker to bet this or any game and get a 100% deposit match bonus with the promo code BTB100.

We’ll break this one down and get a look at the two teams as they head into action looking to get back to .500 in conference play.

Bob Huggins has another good team in Morgantown, but the Mountaineers took a huge hit this past week. Star sophomore and top offensive rebounder Oscar Tshiebwe stepped away from the team to tend to some personal issues and he’ll be gone indefinitely. He was also one of the team’s better offensive players, particularly at the rim.

His absence was magnified in the 75-71 loss to Oklahoma on Saturday, as the Mountaineers fell to 8-3 straight up and 5-6 against the spread. West Virginia, a team that typically prides itself on the glass, was outrebounded 41-36 and beaten 10-8 on the offensive glass. The Mountaineers were just 10-of-36 on two-point shots and were only in the game because of an outlier shooting performance from deep at 58.3% on 24 attempts.

Prior to that setback, the only losses for the Mountaineers had been on the road at Kansas and in a neutral setting against Gonzaga. WVU only lost by five to Gonzaga. Everybody else has lost by double digits. We’ll see how much time it takes the Mountaineers to adjust to not having Tshiebwe, but somebody else will simply have to step up in his absence.

Miles McBride would be the obvious choice. He’s shooting 39% from 3 and 47% from 2 and has been the leading assist man for the Mountaineers. Perhaps Derek Culver, who was the team’s top defensive rebounder, even with Tshiebwe in the lineup, will have more of an impact in the blocks. Huggins is a good head coach and West Virginia will be able to make some adjustments, but that isn’t easy to do in Big 12 play with so many quality teams.

Oklahoma State is another one of those quality Big 12 teams. The Cowboys aren’t rated as highly as the Sooners, but their only losses have been by one to TCU and by three at Texas, who is having an excellent season thus far. Oklahoma State just showcased what the ceiling for this season could be with an 82-77 win at Texas Tech in which the Cowboys had 1.086 points per possession. It was far and away the highest PPP allowed by Texas Tech this season.

The best part for Okie State is that there wasn’t anything outlandish about that offensive performance. The Cowboys were 20-of-44 from 2 and 8-of-19 from 3. It’s not like they had some sort of massive outlier, like going 12-of-20 from distance or something like that. The Cowboys even had a disadvantage at the free throw line, as Texas Tech had 11 more attempts and seven more makes.

The Cowboys have a different offensive dynamic this season because of freshman Cade Cunningham. The best recruit of Mike Boynton’s tenure in Stillwater looks to be a one-and-done type of talent, but he’s scored in double figures in every game and the Cowboys will enjoy him while they’ve got him. Cunningham hasn’t been the most efficient scorer to this point, struggling with the mid-range game, but he’s been one of the team’s better three-point shooters and the best at the free throw line.

The thing about Oklahoma State is that nothing stands out at all for them on offense. They don’t shoot the ball overly well. They take above average care of the basketball and have been an above average offensive rebounding team, but most of their offensive numbers are pretty ho-hum. On the defensive side, they rank in the top 50 in 2P% against and top 100 in eFG% on defense.

The profile doesn’t really wow you in any way, but Boynton is a solid head coach now in his fourth year with the team and the Cowboys don’t have any glaring weaknesses, which really helps in a solid conference.

This game could have some tempo to it. West Virginia plays that very aggressive style of defense and Oklahoma State is one of the more uptempo teams in the Big 12. West Virginia just played to 73 possessions against Oklahoma after playing to 68 against Northeastern and 60 against Kansas in the previous two games.

One interesting development for West Virginia in their last three games is that there have not been a lot of fouls. Usually when you have teams that attack the offensive glass, there are a lot more foul calls. They play good defense without fouling much, but I would have to expect a really physical game here with some additional free throw attempts.

The total of 142 looks light in my opinion. We’ve seen WVU take some more threes of late and the tempo of this game should lend itself to an over.