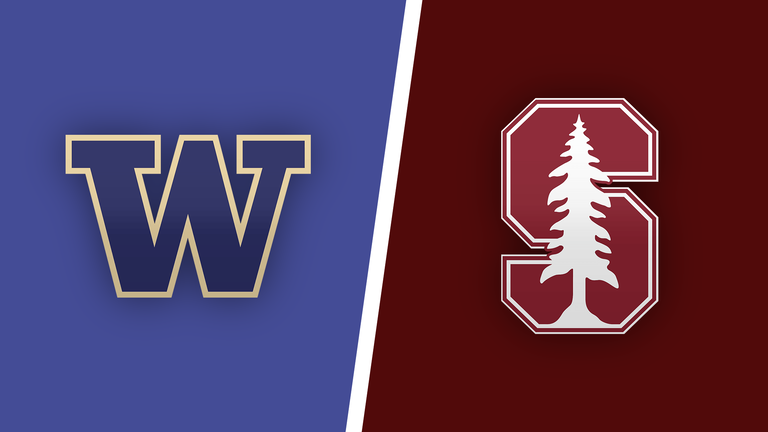 Week 9 of the 2021 college football season wraps up with the Pac-12 Conference showdown at Stanford Stadium on Saturday, October 30, so we’ve prepared the best Washington Huskies vs. Stanford Cardinal betting pick and odds.

The Cardinal will search for their third straight victory over the Huskies, and the hosts open as small 2.5-point favorites on Bookmaker Sportsbook. The visitors are +115 moneyline underdogs with a total of 48.0 points.

The Washington Huskies (3-4; 1-6 ATS) improved to 2-2 in the conference play following a 21-16 victory at the Arizona Wildcats this past Friday. They snapped a two-game skid but didn’t impress at all, playing as firm 17-point road favorites.

The Huskies went scoreless in the first half and had to overcome a 13-point deficit. Freshman QB Dylan Morris led the way, completing 13 of his 21 pass attempts for 217 yards and a couple of touchdowns, while junior WR Terrell Bynum had five receptions for 143 yards and a TD.

The Cardinal lost two in a row

Stanford blew an early 13-point lead against the Cougars. The Cardinal also had a four-point lead in the fourth quarter, but Max Borghi’s TD with 1:30 left on the clock decided the winner. Stanford ran for just 76 yards on 35 attempts, while sophomore QB Tanner McKee threw for 273 yards and a pair of touchdowns.

The Cardinal’s offense is averaging only 94.9 rushing yards per game (123rd in the country) while tallying 26.6 points per game (tied-81st). McKee has tossed for 1,722 yards, 14 touchdowns, and three interceptions. Junior RB Nathaniel Peat leads the backfield with 59 carries for 333 yards and a couple of scores.

This is another tough matchup on Saturday’s card. The Cardinal might have problems establishing their passing game against the top-ranked secondary in the nation, but they’ll have a nice opportunity to get things going on the ground.

Anyway, I would avoid the side bet, as both teams have been pretty unpredictable so far this season. Stanford looks like a better offensive team in this matchup and should come out on top, albeit the Cardinal’s defense has struggled all season long.

Five of Stanford’s last six games have produced way more than 48 points in total. The Cardinal are yielding 28.0 points per game on 408.6 total yards and rank 118th in rushing yards allowed (205.9 per game).

With both teams struggling to defend against rushing, I’m backing the over on the totals. Four of the last five encounters between Washington and Stanford went in the over, producing more than 48 points in total.