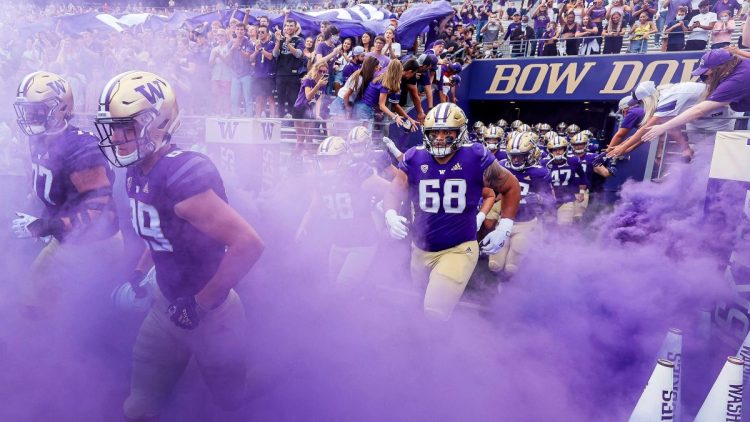 Another Apple Cup is upon us, as the Cougars and Huskies lock horns Friday, November 26, at Huskie Stadium in Seattle, so we have prepared the best Washington State vs. Washington betting pick along with the latest odds for this Pac-12 Conference showdown.

The Cougars head to Huskie Stadium as small 1-point favorites on Bookmaker Sportsbook, while the totals are listed at 44.0 points. Washington State is winless in seven consecutive meetings with the Huskies, and five of those seven contests have gone in the under.

The Cougars are fighting for the Pac-12 championship game

The Washington State Cougars improved to 6-5 SU and 7-4 ATS on the season with a convincing 44-18 home victory to the Arizona Wildcats this past Friday. They became bowl eligible, but the Cougars still have a chance to sneak into the Pac-12 Conference championship game if they beat the Huskies in their regular-season finale and Oregon loses to Oregon State.

Washington State dominated Arizona from start to finish, building a 30-point lead midway through the third quarter. Sophomore QB Jayden de Laura led the way for the Cougars with 259 yards and four touchdowns. Senior wideout Calvin Jackson Jr. had four catches for 133 yards and a couple of touchdowns, while senior RB Max Borghi added 16 carries for 139 yards and two scores.

The Cougars lean on their passing offense, though Max Borghi is capable of making a lot of damage on the ground. Borghi has 138 carries for 751 yards and ten touchdowns on his season tally, while de Laura has thrown for 2,506 yards, 23 touchdowns, and nine interceptions thus far.

The Huskies can look to the future

The Washington Huskies fell to 4-7 SU and 3-8 ATS on the season following a 20-17 defeat at the Colorado Buffaloes this past Saturday. It was another lousy display by the Huskies, who were listed as 6.5-point road favorites.

Washington racked up 426 total yards and yielded only 183 to the Buffaloes, but the Huskies committed four turnovers. Freshman signal-caller Dylan Morris went 33-of-52 for 387 yards and a couple of touchdowns and interceptions, while the Huskies ran 28 times for a paltry 38 yards.

The Cougars look like a better team than the Huskies, so I’m going with the visitors in this Apple Cup. Washington State has a lot on the table, while Washington has nothing to play for besides its pride.

The visitors must be fired up to grab a win and put an end to their terrible seven-game losing streak against the Huskies. Also, they could earn a place in the Pac-12 championship game, so the Cougars should get the job done. Their ground game is good enough to deal with the Huskies, whose secondary has been terrific thus far. On the other side of the ball, the one-dimensional Huskies’ offense will have a tall task to outscore its opponents.

The over is 4-1 in the Cougars’ last five games overall, while the under is 9-2 in the Huskies’ previous 11 outings at any location. Three of their previous four encounters have gone in the under, but three of those four tilts have produced at least 44 points in total.

The Cougars lead the Pac-12 in takeaways, and over the last six games, they’ve committed only five turnovers (three of them came against Oregon). Washington State’s offense has improved a lot in the second half of the season, so I’m going with the over.