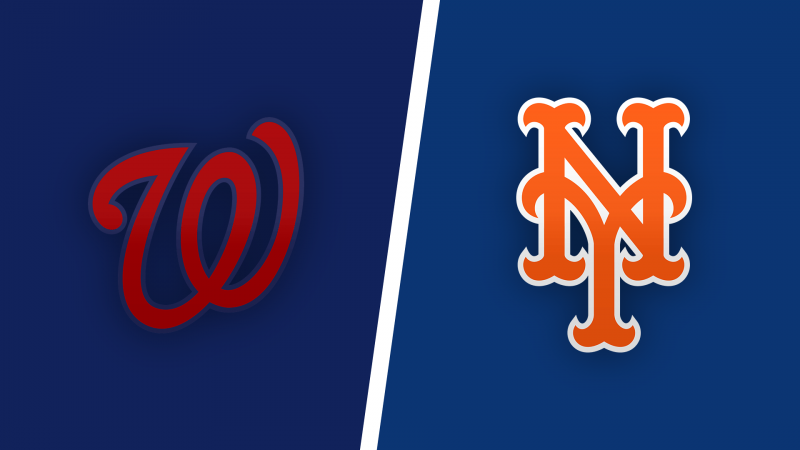 Saturdays in the MLB are always exciting and with plenty of action, just like on this Saturday, September 3, when we have 15 games including this divisional battle, so check out the best Nationals vs. Mets betting pick and odds.

Washington and New York will play the second of a three-game series at Citi Field, and the Mets are massive -430 moneyline favorites on MyBookie Sportsbook, while the total is set at 7.5 runs. These National League East rivals have met 13 times this season, and the Mets lead 10-3.

Nationals won the series against the Athletics

The Washington Nationals will travel to the Big Apple for Game 1 of the series with the Mets, which will be played at the time of writing this preview, after a series win over the Oakland Athletics. They lost the opener at home but responded with a pair of victories, and in those three duels with the A’s, the Nationals scored 18 runs.

It was a 3-3 game in regular nine innings, and even though Oakland took a 4-2 lead in the 10th, Washington answered with four runs to book a 7-5 victory. Joey Meneses stole the spotlight with a three-run walk-off homer. He dominated this tilt with four RBIs on four hits. Paolo Espino (0-6) was rock-solid through five innings as he allowed a run on five hits with six strikeouts and no walks. Hunter Harvey was credited with his first win of the season.

The New York Mets beat the Colorado Rockies and Los Angeles Dodgers in the previous two games at home and now will face the Washington Nationals after which they will travel to Pittsburgh and Miami. The Mets won five of seven games so far at this homestay and maintained the lead in the NL East with three victories ahead of the Atlanta Braves.

New York trailed 2-1 to the Dodgers until the sixth inning when the Mets scored two runs and added two more in the next frame. Edwin Diaz escaped a jam in the 8th after surrendering one run, while Adam Ottavino earned his third save of the campaign. Chris Bassitt improved to a 12-7 record after allowing two runs on six hits with four strikeouts and three walks.

Max Scherzer suffered two consecutive defeats for the first time this season and will be highly motivated to respond against his former employers. Scherzer won both of his starts against the Nationals this year with a 3.55 ERA, and I am backing him to get another W on Saturday. Patrick Corbin, on the other side, started four times against the Mets and has a 0-3 record with a bloated 6.62 ERA. The Mets are not batting very well against southpaws, but they didn’t have problems with Corbin this year. In fact, they are .302 BA against Corbin, and I expect the hosts to torture Patrick again.

Washington managed to score five runs in two games against Scherzer this season, which is a solid accomplishment and one of the reasons I am going with Over in this one. The other reason is – Max allowed nine runs in his previous three starts. But the biggest reason is Patrick Corbin and his inability to control batters this year. In his last two starts against the Mets, Corbin surrendered 11 runs. Over is 3-1-1 in the last five H2H meetings in New York.