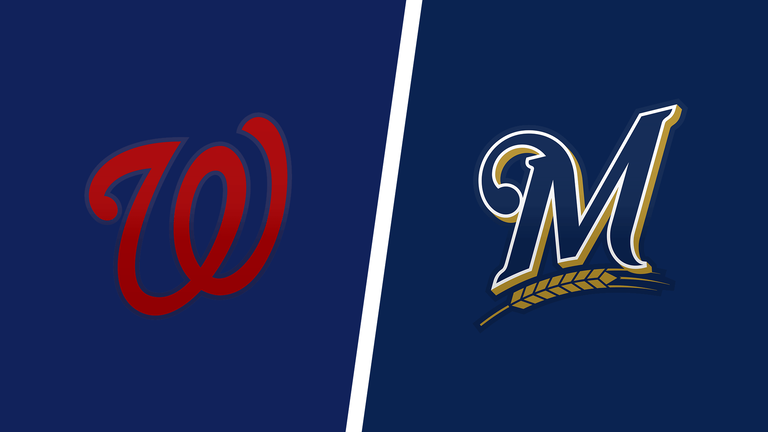 The Washington Nationals and Milwaukee Brewers started a three-game set at American Family Field in Milwaukee on Friday, so here’s the best Nats vs. Brewers betting pick for Saturday afternoon’s middle contest.

The opener has been excluded from the analysis, while the Brewers swept the Nationals in a three-game series in Washington back in May. According to Bookmaker Sportsbook, Milwaukee is a firm -200 fave for Saturday’s clash. Washington sits at +185 moneyline odds, and the totals are set at 9.0 runs.

The Nats swept the Jays to break out of their slump

The Washington Nationals entered the Brewers series fresh off a two-set sweep over the Toronto Blue Jays, 12-6 and 8-5. They finally got things going at the plate and didn’t mind allowing a bunch of runs, as the Nationals’ pitching woes continued.

Paolo Espino will get the starting call Saturday, and the 34-year-old righty is 3-4 with a 4.16 ERA and 1.19 WHIP in 11 starts and 16 relief appearances this season (71.1 innings pitched). Over his three starts in August, Espino has allowed a whopping 12 earned runs on 18 hits and three walks across just ten innings of work.

The Brewers are cruising through the NL Central

The Milwaukee Brewers put an end to their four-game winning streak and fell to 74-48 on the season following an 8-4 defeat at the St. Louis Cardinals this past Thursday. They were still topping the NL Central comfortably, eight and a half games ahead of the Cincinnati Reds.

Eric Lauer will take the mound Saturday against the Nats, and he’s 4-4 with a 3.44 ERA and 1.21 WHIP in 12 starts and four relief appearances in 2021. The 26-year-old lefty has been terrific over his previous seven outings, tallying a sparkly 1.53 ERA across 35.1 innings of work. Last Sunday, Lauer tossed four frames of a one-run ball and fanned six in a 2-1 win at Pittsburgh.

The Brewers will lean on their pitching once more, hoping for another strong display from Eric Lauer. Anyway, the Brewers have the advantage over the Nationals, whose bullpen has recorded a poor 5.72 ERA and 5.84 FIP in August while yielding 1.75 home runs per nine innings.

The visitors will stand a chance only if their offense puts on a show which seems unlikely against the Brewers’ pitching staff. The hosts should have enough firepower to take full advantage of the Nationals’ pitching and win this game.

The Nationals lead the majors in the OPS against the lefties (.796). They also have a .270 batting average against the left-handed starting pitchers, so I’m expecting the Nats to score a couple of runs off Eric Lauer.

I’m also looking for another lousy performance on the mound, but the Brewers ‘pen will be a tricky factor. The side bet seems like a way to go in this matchup, but the odds on the over are tempting, and seven of the Nationals’ last nine games saw at least nine runs on the scoreboard.

Nationals vs. Brewers Total : Over 9