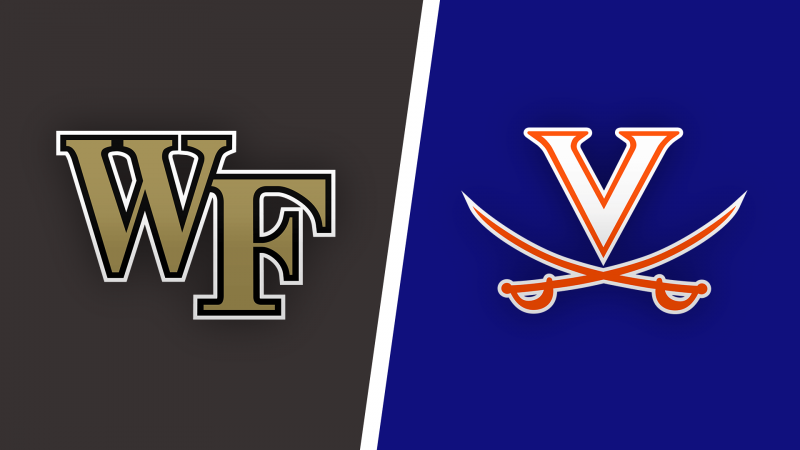 Week 4 of the 2021 college football season brings four games Friday, September 24, including the Atlantic Coast Conference showdown from Scott Stadium in Charlottesville, Virginia, so we have prepared the best Wake Forest vs. Virginia betting pick and odds.

The Demon Deacons opened as 4-point road underdogs on BetDSI Sportsbook, while the totals sit at 67.0 points. Wake Forest is undefeated in four straight encounters with Virginia, and the Demon Deacons smashed the Cavaliers 40-23 as 2.5-point home favorites last season.

The Wake Forest Demon Deacons (3-0; 1-2 ATS) are coming off an impressive 35-14 home victory over the Florida State Seminoles in Week 3. They easily covered a 4.5-point spread to snap a four-game ATS skid, so the Demon Deacons are now 7-3 straight up and 6-4 ATS over their last ten games overall.

Wake Forest is averaging 39.3 points per game (30th in the nation) while surrendering just 13.3 in a return (15th). Still, the Demon Deacons have failed to cover through the first two weeks of the new season, outlasting Old Dominion 42-10 as 32.5-point home favorites and Norfolk State 41-16 as 43-point home favorites.

Sophomore QB Sam Hartman and senior RB Christian Beal lead the charge for Wake Forest in 2021. Hartman has completed 68.7 percent of his passing attempts for 691 yards and six touchdowns, throwing just one interception, while Beal has 39 carries for 229 yards and four touchdowns. Wideouts A.T. Perry and Jaquarii Roberson have combined for 25 receptions, 409 yards, and four touchdowns.

Virginia got battered by No. 21 UNC

The Virginia Cavaliers (2-1; 2-1 ATS) are coming off a heavy 59-39 defeat at the No. 21 North Carolina Tar Heels in Week 3. They failed to cover a 7.5-point spread, allowing the Tar Heels to rack up a whopping 699 total yards and score 35 second-half points. The Cavaliers, on the other side, recorded a paltry 24 rushing yards, while junior Brennan Armstrong tossed for 554 yards, four touchdowns, and an interception.

Armstrong set the school record for the most passing yards in a game, but the Cavaliers’ ground game was awful, as well as their defense. Through the first two weeks, Virginia ran for 339 yards while dismantling William & Marry 43-0 and Illinois 42-14 as 30.5 and 10.5-point home favorites.

The Cavaliers lean on Armstrong’s arm, and Brennan has already recorded 1298 yards, 11 touchdowns, and a couple of interceptions in 2021. Wideouts Dontayvion Wicks and Billy Kemp have combined for 32 catches, 562 yards, and six touchdowns, while senior RB Wayne Taulapapa has 93 yards from scrimmage and a pair of touchdowns.

The Demon Deacons’ secondary is a better part of their defense, so the visitors certainly stand a chance at Scott Stadium. They will have a tall task to slow down Brennan Armstrong and his receiving corps, but without a strong ground game, the Cavaliers won’t win this clash easily.

Virginia also needs more from its defense. The Cavaliers are yielding 200.7 rushing yards per contest, and the Demon Deacons should be able to move the ball, so I’m backing the visitors to stay close and, hopefully, cover a 4-point spread.

The over is 3-1 in the last four meetings between Wake Forest and Virginia, but none of those four contests saw more than 63 points in total. I’m going with the under this time around, as Wake Forest has to bring its best defense and run the ball as much as possible, while the Cavaliers should show some pride after surrendering 59 points last time out.

The over is 14-5 in Virginia’s last 19 games overall. On the other side, the under is 7-1 in Wake Forest’s previous eight games played in September.