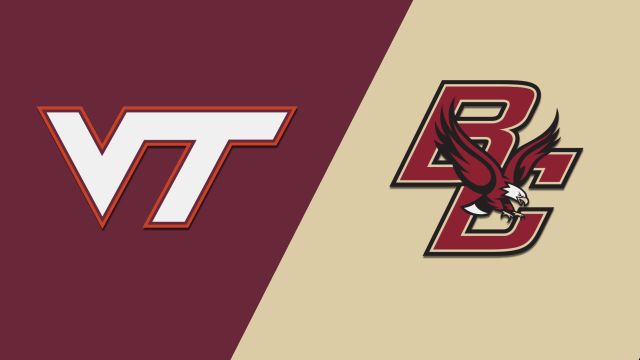 Week 10 of the 2021 CFB season goes on Friday, November 5, with a couple of games around the country, including the Atlantic Coast Conference showdown at Alumni Stadium in Chestnut Hill, Massachusetts, so here’s the best Virginia Tech vs. Boston College betting pick.

According to Bookmaker Sportsbook, the Hokies are small 3-point road favorites for Friday’s clash. They sit at -155 moneyline odds, while the Eagles are +135 moneyline underdogs with a total of 47.0 points.

The Virginia Tech Hokies put an end to their three-game losing streak last Saturday. They improved to 4-4 SU and 3-5 ATS on the season with a 26-17 upset of the Georgia Tech Yellow Jackets, as the Hokies were listed as 3.5-point road underdogs.

Virginia Tech stormed the front in Atlanta and built a 13-point halftime lead. The Hokies finished with 491 all-purpose yards while holding the Jackets to 366. Braxton Burmeister went 15-of-25 for 254 yards and a couple of touchdowns, while Malachi Thomas had 25 carries for 103 yards.

The Boston College Eagles fell to 4-4 SU and ATS on the season following a 21-6 defeat at the Syracuse Orange in Week 9. It was their fourth loss on the spin, and the Eagles failed to cover as 6.5-point road underdogs.

Boston College’s offense has struggled mightily through four outings in October. The Eagles have scored only 40 points in that span. Last Saturday, they gained just 251 total yards at Syracuse and managed to score only a couple of field goals. Dennis Grosel went 9-of-17 for 93 yards, while Emmett Morehead was 6-of-15 for 87 yards in relief.

The Eagles have some serious offensive issues. Their defense is doing a great job, but the Eagles will have a tall task to outscore the Hokies in this one. Virginia Tech hasn’t impressed offensively either, though their ground game has been solid. If they continue to run the pigskin efficiently, the Hokies will come out on top Friday at Alumni Stadium.

Of course, the Hokies will have to bring their best defensive game, too. No matter how bad the Eagles have been as of late, the Hokies have to replicate their defensive performance from the previous week in order to stay on the winning track. Last year, Virginia Tech smashed Boston College at home, 40-14, and the Hokies are 4-2 SU and 3-3 ATS in their previous six meetings with the Eagles.

Betting on the under should be the best move here. Virginia Tech’s offense has been inconsistent all season long and could easily struggle against the Eagles’ D. On the other side, I’ve mentioned the Eagles’ offensive woes, so we should get a proper low-scoring affair.