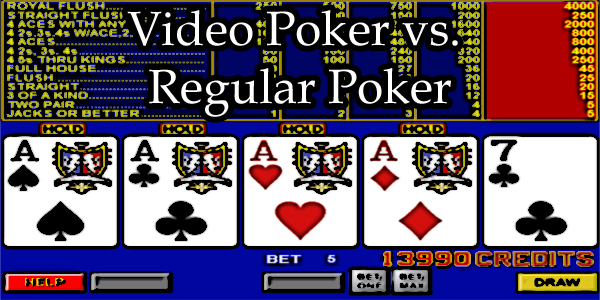 In the poker game most BetAnySports customers might be familiar with on television, the player is sitting at a table and competing against all of the other players at that table. Decisions are made on the basis of what the player feels the other players may have in their hand, relative to his/her own.

Poker, when it is played in this way (whether it be in a physical setting or online), has a strong basis in psychology. Indeed, the player, to be successful, should have a command of the mathematics of the game as far as the probabilities of the hands are concerned, but most critical is the player’s savvy, his/her instinct.

In this particular instance, the goal is not necessarily to compile the strongest hand, but to beat the other players at the table, by whatever means possible. When you think about it, the player can not do very much to improve a hand. In Texas Hold’em, for example, after the player is dealt two cards “in the hole,” he or she must share three of the community cards that constitute the “flop.”. After that, it is pretty much a wide-open proposition, dependent on the guts and wisdom players have at their disposal.

The house has no risk in this kind of game; it just takes a percentage, or rake, out of the pot (at BetAnySports, by the way, there is 50% Rakeback in the DragonRoom). The player is obviously not competing against the house, but against the other players. Therefore, in the long run, it is quite likely that the higher the overall skill level, the better chance of long-run success.

These characteristics make it quite a different game than the one known as “video poker” as it is played online, or in a brick-and-mortar atmosphere.

For one thing, most of the online poker you’ll see is seven-card Texas Hold’em. Video poker is a game of five-card draw.

When you play a video poker game, one is not competing against any other opponent, but instead very clearly against the house. So instead of the odds being with or against the player on a constantly changing basis, the challenge involves going up against static odds on any given hand. The payouts for various winning hands are, naturally, relative to the probability of those hands coming out.

Consequently, a hand the player may have been able to win a pot with at a “regular” poker table is not going to work in video poker unless it is good enough to qualify for a payout. Conversely, if the player achieves three of a kind in video poker, that hand is going to be a winner, according to the pay table that is pre-determined by the casino. So it’s not a situation where the player is going to get beat by someone else with a better hand, since there IS no one else.

Also, the video poker player can change the cards – all of them – if that is what he or she thinks is best. This is important, since it gives the player a greater degree of control and is a key component to implementing strategy.

You’ll find all the video poker action you can handle at BetAnySports, where they believe in giving you lots of choices – as in three different casinos you can play through your browser – the Grand, Jackpot and Bonus casinos, which all have different things to please you……..And it’s easy to get into the action; all you need is your debit/credit card, person-to-person transfer or the virtual currency of Bitcoin, which is fast and easy with their automated system, and NEVER incurs a transaction fee!

Blackjack — The Wonders of Soft Doubling

Blackjack — Psychology is a Funny Thing