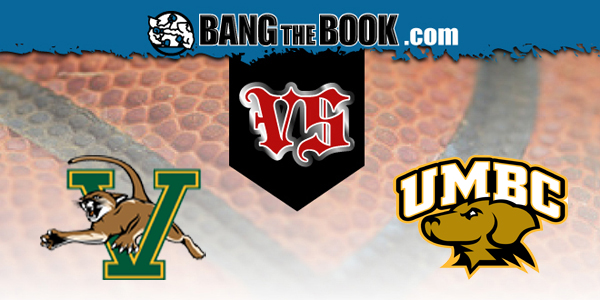 If only they were all that easy. Valparaiso went to Loyola Chicago as a 20.5-point underdog at time of writing and lost the game by two points. Sometimes you find a game that simply looks too good to be true and that was the one. It brings us up to 2-1 for the week now with the lone loss that heartbreaker from ETSU on Monday.

Let’s keep the good vibes going as we inch closer to the weekend. Thursday’s college hoops card presents a few opportunities, but the spotlight game is a big one in the America East Conference between Vermont and UMBC. The Catamounts head to Baltimore County favored by 1.5 with a total of 133 at Bovada Sportsbook.

These are the unquestioned best teams in this conference and with conference tournaments just a couple of weeks away, this back-to-back on Thursday and Friday could very well decide seeding for that tournament. Of course, both teams could just end up with byes to the semifinals and then meet for a third and decisive meeting in the conference tourney, but first we have to see what happens in this one.

Vermont started slow with losses in three of the first five games of the conference play season, but they’ve rattled off seven straight since. The closest win was the most recent one with a four-point dub over Stony Brook in a look-ahead spot in advance of the huge games with UMBC. Vermont was just 11-of-33 on two-point shots in that game and had to rely on a 10-for-26 effort from three to survive the upset bid.

John Becker’s team moves methodically, as it always does. The Catamounts rank 259th nationally in adjusted tempo. They play well on offense and play exceptional defense. Offensively, they are 43rd in eFG% and 32nd in 2P%. The three-point success rate sits at 35.1% and they certainly needed just about all of that against Stony Brook in that most recent win. They take threes at a 41.5% clip, which seems counterintuitive to me with their 2P%, but they’ve been a good team for a long time and deserve the benefit of the doubt.

Defensively, the Catamounts shine. They are 15th in eFG% defense. They are in the top 20 in 3P% defense and 46th in 2P% defense. It is perfectly fair and reasonable to look at the opposing slate of offenses in the America East and factor that into the equation because there are very few quality teams in this league.

UMBC is a quality team. The Retrievers did get to play a few non-conference games as well, including a close loss to Georgetown and wins over George Washington and Delaware, a couple of teams better than most of what the AEC has to offer. Still, UMBC has also lost three conference games, so this is a battle for first place in the league.

The Retrievers haven’t played in 10 days, so they’ve had a lot of time to prepare for this one. Vermont last played on Sunday. Both teams have ample prep time, but UMBC has more time to pore over the intricate details of this matchup. A matchup they lost two out of three times last year. UMBC doesn’t have the offense that Vermont does. The Retrievers don’t really stand out in any discernible way offensively. They are third in the conference in 3P%, but that’s really about it.

Where UMBC does stand out, though, is on the defensive side. They are tops in the conference in 2P% defense and in free throw rate against. They are second in eFG% defense. Obviously the team first in eFG% defense is Vermont, but the Catamounts are at 45.1% and the Retrievers are at 45.3%, so the difference is nominal at best.

Games tighten up as they increase in importance. This is a highly important game for both teams. I would expect max efforts on both ends of the floor, but especially on defense. That is where both teams shine anyway. Vermont does have the big offensive edge and deserves to be the favorite here, but this is also a step up in class for both teams in a weak America East Conference.

As long as this one stays mostly close throughout, fingers crossed that we can avoid a foul fest. I look at this game and see two teams that probably feel like equals given some of the matchups that we’ve had recently. They both succeed in similar ways. To me, that level of familiarity and commonality lends itself towards an under.