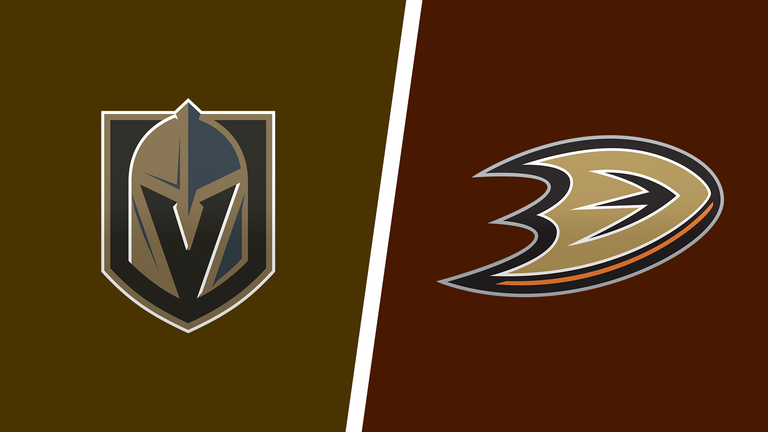 The NHL betting action continues with a seven-game Friday card, so we are taking a closer look at the Pacific Division showdown at Honda Center in Anaheim, California, to get you the best Golden Knights vs. Ducks betting pick along with the latest odds update on Bookmaker Sportsbook.

Vegas and Anaheim close down their four-game regular-season series, and the Golden Knights look to clinch it after winning two of their previous three encounters with the Ducks. They haven’t met since New Year’s Eve when Vegas outlasted Anaheim 3-1 as a -190 home fave.

The Golden Knights wrap up a tough back-to-back set

The Vegas Golden Knights will play the Ducks without rest. Their Thursday night home clash against the Boston Bruins has been excluded from the analysis. The Golden Knights were looking for their second straight victory, as they beat the San Jose Sharks 3-1 this past Tuesday.

Vegas hasn’t been at its best lately, dropping five of its previous seven games overall. During that span, the Golden Knights have used three different goaltenders, including rookie Logan Thompson. Laurent Brossoit is expected to patrol the crease Friday, and he’s 9-6-3 with a 2.69 GAA and .903 save percentage on 2021-22.

The Golden Knights allow 2.89 goals per game (15th in the NHL). They rank 15th in the league in penalty-killing percentage as well (80.1%). Vegas scores 3.17 goals per contest (12th), while centers Chandler Stephenson and Jonathan Marchessault lead the way, combining for 35 goals and 44 assists.

The Ducks hope to stay on the winning path

The Anaheim Ducks (26-21-9) have dropped six of their last nine games overall, but they are still alive in the playoff chase. After a couple of heavy losses to the Kings 4-1 and the Islanders 4-0 at home, the Ducks outlasted the Boston Bruins 4-3 as +155 home underdogs.

Anaheim is now the No. 10 seed in the Western Conference, only a couple of points behind Edmonton and Dallas. John Gibson has started between the pipes in eight of the last ten contests, and he’s expected to meet the Golden Knights on Friday. Gibson is 17-14-8 with a 2.84 GAA and .911 save percentage in 2021-22.

We should see a great battle between Vegas and Anaheim, as both teams have a lot on the table in this duel. Hereof, predicting the outcome seems like a tricky job. On paper, the Golden Knights are certainly a better team than the Ducks, but Vegas will have to deal with fatigue Friday, playing on the second day of a back-to-back set.

I lean the Golden Knights because they’ve dominated the Ducks over the last few years. Vegas has won 16 of its previous 19 encounters with Anaheim.

The last meeting between the Golden Knights and Ducks have seen just four goals on the scoreboard, while their first two encounters in 2021-22 have produced a ton of goals. Back in October, Vegas beat Anaheim 5-4 in a shootout, while the Ducks defeated the Golden Knights 6-5 on the first day of December.

The over is 4-1 in the last five meetings between these two foes, and it is 10-5 in their previous 15 H2H duels. I would rise these betting trends, as Anaheim’s defense has struggled a lot in the last few weeks. The Ducks have surrendered four or more goals in six of their last eight outings.