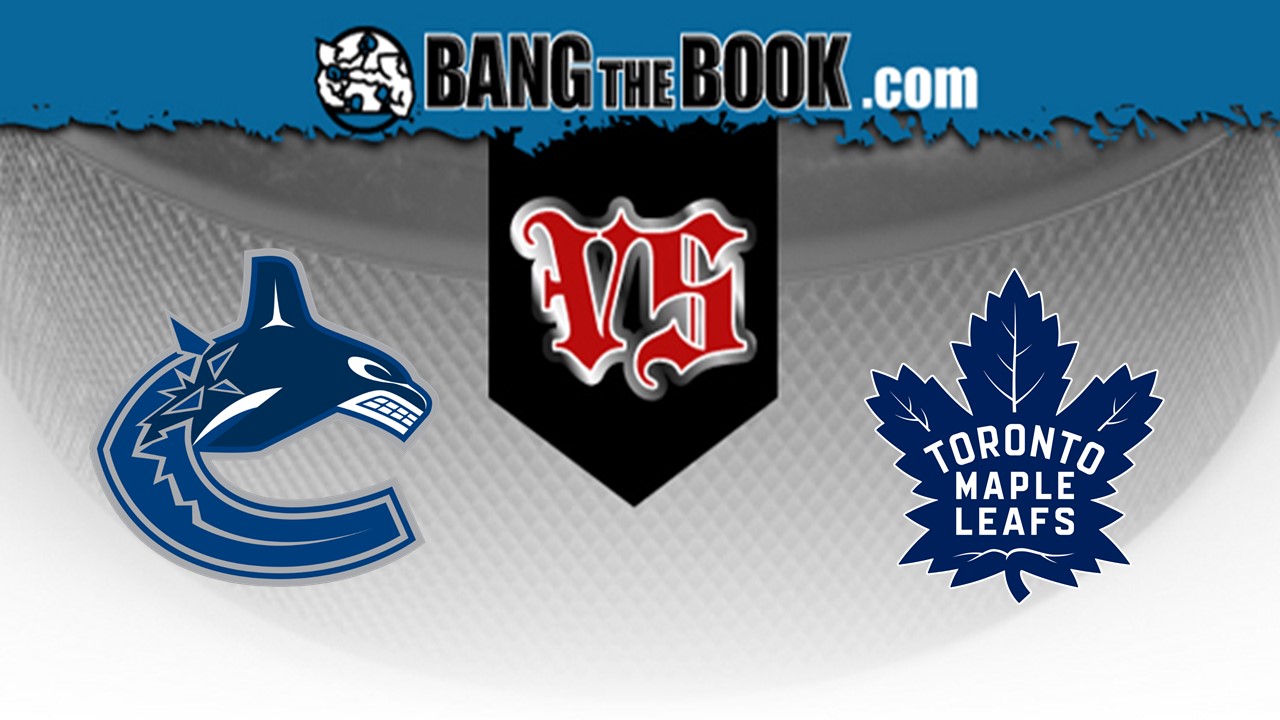 Scotiabank Arena will play host to an enticing showdown as the Vancouver Canucks come into town to face the Toronto Maple Leafs. It’s the last time that the two clubs will meet in the regular season. This cross-country matchup gets started at 7 p.m. ET on Saturday, February 29 and it will be televised live on CBC Sports.

Playing the role of favorite will be Toronto (-185), while Vancouver is an underdog showing moneyline odds of +160, and oddsmakers have set the Over/Under (O/U) at 7 goals. The line for betting that total stands at -135 over, +115 under.

Losing 8.7 units for moneyline gamblers, the Maple Leafs are 34-31 straight up (SU) overall this year. That winning percentage, ranked 3rd in the Atlantic Division in this young season, isn’t too far off from to the 46-36 record the team managed during the 2018-19 season campaign. Among the team’s 65 games this season, 37 have gone over the total, while 25 have gone under and just three have pushed. This season, the team’s 16-16 SU at home.

Toronto’s converted on 24.0 percent of its power play chances this year, a figure that’s good enough for fifth-best in the league. On the other hand, its penalty kill is ranked 26th overall, and it’s successfully killed off 76.7 percent of all penalties.

Averaging 27.5 saves per game with a .906 save percentage, Frederik Andersen (27-22-6) has been the primary goalkeeper for the Maple Leafs this year. If they choose to give him the evening off, however, head coach Sheldon Keefe might turn to Jack Campbell (11-13-13 record, .904 save percentage, 2.77 goals against average).

The Leafs will continue seeking leadership from Auston Matthews and Mitchell Marner. Matthews (76 points) has tallied 44 goals and 32 assists and has recorded multiple points on 23 separate occasions this year. Marner has 15 goals and 48 assists to his credit and has notched a point in 40 contests.

Over on the visiting bench, Vancouver is 34-29 straight up (SU) and has earned 4.2 units for moneyline bettors this season. A total of 35 of its contests have gone over the total, while 25 have gone under the total and just three have pushed. As the away team, Vancouver is 14-18 SU.

Vancouver has converted on 24.0 percent of its power play opportunities this year, a mark that’s good enough for fifth-best in the NHL. On the other hand, its penalty kill unit is ranked 16th overall and it’s successfully killed off 80.3 percent of all penalties.

Jacob Markstrom (30.3 saves per game) has been the main option in goal for Vancouver. Markstrom has 23 wins, 20 losses, and four OT losses to his credit, and has registered a .918 save percentage and 2.75 goals against average this year.

For the visiting Canucks, much of the offense will be facilitated through J.T. Miller (25 goals, 40 assists) and Elias Pettersson (25 goals, 35 assists).

Vancouver is 3-3 in games decided by a shootout this season while Toronto is 1-4 in shootouts.

For both of these teams, the game went over the total in three of their past five outings.

Over Vancouver’s last ten games, eight of them have been decided by two or more goals (the team is 3-5 in those games).