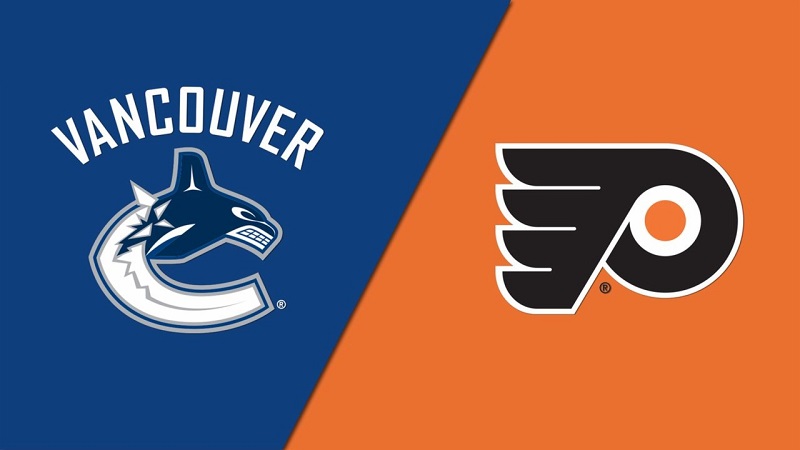 Week 1 of the 2021-22 NHL season goes on with three games on Friday’s card, including the inter-conference showdown from Wells Fargo Center in Philadelphia, so we bring you the best Canucks vs. Flyers betting pick and odds.

Vancouver meets Philadelphia for the first time since November 2019, and the Canucks have lost six of their previous nine encounters with the Flyers. According to Bovada Sportsbook, the Flyers are -150 moneyline favorites for Friday’s clash, while the totals are listed at 6.0 goals.

The Canucks suffered a tough loss in the opener

The Vancouver Canucks started the new season with a 3-2 shootout defeat at the Edmonton Oilers this past Wednesday. They conceded in each of the first two periods and mounted a comeback in the final eight minutes of the third, but the Oilers escaped with a win after Tanner Pearson missed in the fifth series of a shootout.

Oliver Ekman-Larsson and Quinn Hughes found the back of the net in the regulation, while Nils Hoglander accounted for a couple of dishes. J.T. Miller also had an assist, and the 28-year-old center spent nearly 23 minutes on the ice. The Canucks took 38 shots but converted only one of their five power-play opportunities.

Thatcher Demko should patrol the crease at Philadelphia after a strong performance in the opener. The talented netminder posted 32 saves against the powerful Edmonton offense. Last season, Demko went 16-18-1 with a 2.85 GAA and a .915 save percentage.

The Flyers look for a bounce-back campaign

The previous season was a huge disappointment for the Philadelphia Flyers, who went 25-23-8 and finished sixth in the East Division. Travis Konecny had only 34 points in 50 games after tallying 61 across 66 appearances in the 2019-20 season, while James van Riemsdyk and Claude Giroux led the way with 43 points each.

This trio will be key for the Flyers’ eventual success this time around. Philadelphia was 15th in the league in goals scored per game (2.86) and dead last in goals against (3.52) this past regular season, so the Flyers will have to improve on the defensive end as well.

We should see an entertaining clash that could easily go either way, and I wouldn’t be surprised if the Canucks force another overtime. The totals look like a way to go in this matchup, though I lean the Flyers because they should be fired up to grab a win in their opening game of the season in front of the home fans.

I’m worried about the Flyers’ defense, but their offense will have to step up this season, considering how many dangerous weapons they possess. Also, Carter Hart can only play better than he did the last term.

Week 1 betting is always tricky, but I like the over here. Both teams have some problems at the back and are capable of scoring three or more goals each, so I’ll take +100 odds on the over 6.0 goals.

Seven of Philadelphia’s last nine regular-season games saw six or more goals on the scoreboard. In their last preseason contest, the Flyers have suffered a 5-3 defeat at the Washington Capitals. The Canucks’ opener at Edmonton saw just four goals in total, but it could’ve gone either way, as goalies put on a strong performance.