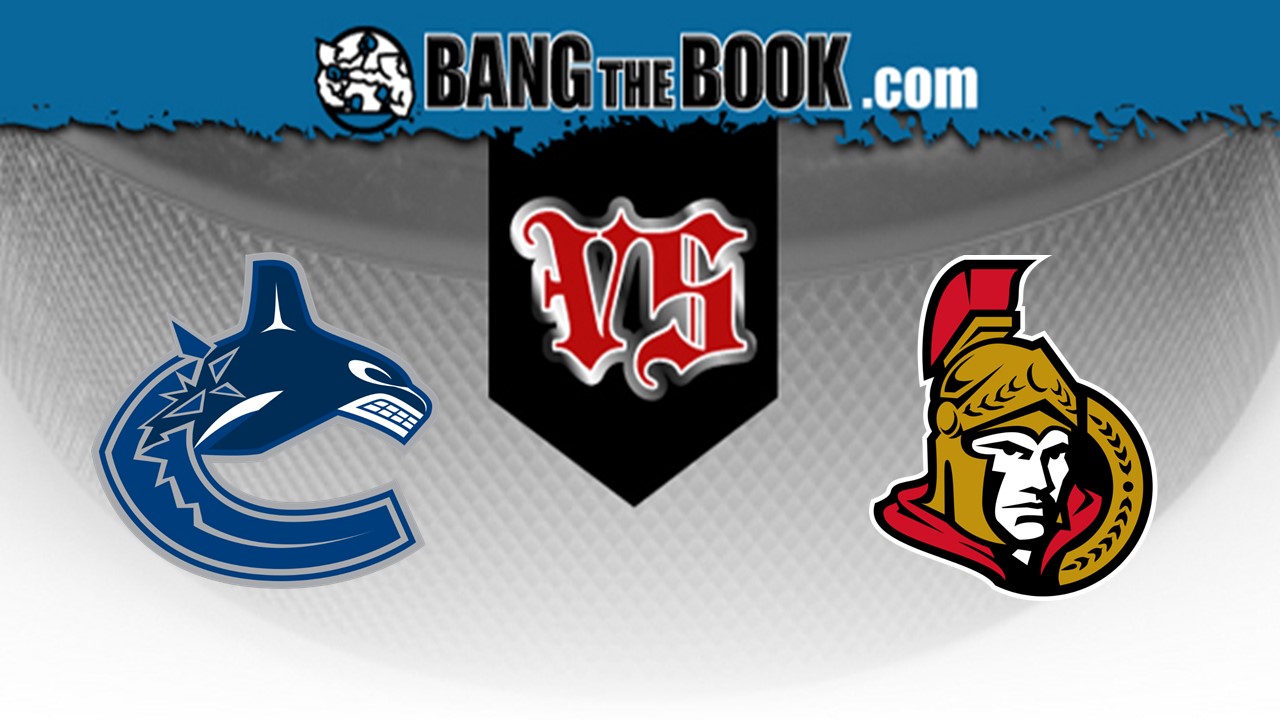 Two teams that’ve combined to serve more than 19 penalty minutes per game, the Vancouver Canucks and the Ottawa Senators meet at Canadian Tire Centre. Sportsnet Pacific will air this East-West matchup, and the opening face-off is at 7:30 p.m. ET on Thursday, February 27.

Playing the role of underdog will be Vancouver (-165), whereas Ottawa is favored offering moneyline odds of +145, and the oddsmakers have put the Over/Under (O/U) at 7 goals. If you want to play the matchup’s total, you’ll be looking at odds of -110 money on the over and -110 for the under.

Vancouver is 34-28 straight up (SU) and has earned 5.9 units for moneyline bettors this year. Through 62 regular season matches, 34 of its games have gone over the total, while 25 have gone under and just three have pushed. This 2019-20 Canucks team is 14-17 SU on the road.

Vancouver has converted on 23.7 percent of its power play opportunities this year, a figure that places them in the top-5 among NHL teams. On the other hand, its penalty kill is ranked 16th overall, and the team’s successfully killed off 80.2 percent of all penalties.

For the team as a whole, the Nucks have been whistled for penalties 3.9 times per game this season, and 4.6 per game over its last ten outings. The team’s had to kill penalties a whopping 14.5 minutes per game over their last 10 outings.

Boasting a .918 save percentage and 30.3 saves per game, Jacob Markstrom (23-20-4) has been the top option in goal for Vancouver this year. If it chooses to give him a rest, however, head coach Travis Green could turn to Thatcher Demko (12-9-2 record, .906 save percentage, 3.03 goals against average).

The visiting Canucks will be led by J.T. Miller and Elias Pettersson. Miller has 63 points on 24 goals and 39 assists, and has recorded two or more points in 17 different games. Pettersson has 25 goals and 34 assists to his creditand has notched at least one point in 37 games.

Over on the other bench, Ottawa is 21-43 straight up (SU) and has lost 15.8 units for moneyline bettors this year. 33 of its outings have gone over the total, while 30 have gone under and just one has pushed. This year, the team’s 15-19 SU as the home team.

The Senators have converted on just 15.3 percent of their power play chances this year, a mark that places them in the bottom overall among NHL teams. On the other hand, its penalty kill is ranked 24th overall, and it’s successfully killed off 77.6 percent of all opponent power plays.

Craig Anderson (26.2 saves per game) has been the primary option in goal for the Senators. Anderson has nine wins, 21 losses, and two overtime losses to his name and has registered a subpar .901 save percentage and 3.21 goals against average this year.

Jean-Gabriel Pageau (24 goals, 16 assists) will pace the offensive attack for the home team.

Two of Vancouver’s last ten games have ended in a shootout. The team is 0-2 in those games and 3-3 overall in shootouts this season.

Four of Vancouver’s last five outings have gone over the total.

Ottawa has averaged 2.6 goals per game this season, but is averaging 1.5 goals per matchup on its four-game losing skid.

Over Ottawa’s last ten outings, six of them have been decided by two or more goals (the team is 1-5 in those games).

The Sens this season have dished out the fourth-most hits per game in the NHL (27.9), but that number has jumped up to 33.8 over their past five games as the home team.